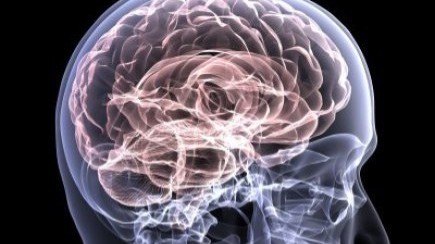 It’s commonly believed that athletic perseverance starts and stops between the ears. Undoubtedly, there are certain sports and athletic specimens who succeed by overwhelming their opponents with physical force; however, the individuals with the best mental approach are often the athletes who stand out.

A solid mental approach is instrumental across the board - it allows an athlete to train properly, develop their skills, study their opponent, learn from their mistakes and leads to more comfort in live action. Players who are mentally sound are less likely to let their nerves get the best of them on game day, because they are prepared for competition and confident in their abilities.

How does a player go about strengthening their mental approach? It all starts with preparation and being a student of their respective sport. In 2020, it’s not enough to show up to a game and play. This may work in prep school for the most blessed athletes playing against sub-par competition, but once that individual is faced with a valiant opponent, they are likely to be exposed.

Earning elite status requires an athlete to invest in their training and development. This includes researching players whose skills you would like to emulate - through studying their actions and their training habits. There’s no sense in reinventing the wheel, if somebody else has already developed an effective road map. It requires a player to create a regimen that is practical and sustainable, while keeping an open mind to practices from the past and present.

It’s also important for an athlete to know their capabilities and limitations. It makes no sense for a basketball player to fire a 30-foot jump shot if their range is limited to 20-feet. Nor is it a sound decision for a singles hitter, batting out of the No. 9 hole to swing for the fences on a 2-0 pitch. If an athlete isn’t honest with themselves, they will be left frustrated, and so will their teammates and coaches.

Being a student of the game is a cliche that is often thrown around in sports, but what exactly does that mean? The athlete that comes to mind is Peyton Manning. Before every snap of Manning’s 266 NFL games, he was looking for an advantage and a way to expose a defensive alignment. Yes, Manning had NFL bloodlines, but without a doubt his greatest attribute was his understanding of the game and his ability to out think his opponent.

More recently, I see similar characteristics in Dallas Mavericks phenom Luka Doncic. The 20-year old point guard from Slovenia is not known for elite athleticism - he doesn’t have the speed of a De’Aaron Fox or the jumping abilities of Ja Morant; however, Doncic has an uncanny ability to make the correct play and be in the right place at the right time. This “Basketball IQ” as it’s often called, has made Doncic an irreplaceable asset to his team and one of the most valuable players in the NBA, because he consistently makes those around him better with his exemplary play.

Baseball players, softball players and other athletes can develop similar qualities in their game by developing an understanding of different situations. What is a pitcher likely to throw in an 0-2 count compared to a 2-0 count? Will the defensive alignment be different with runners on base compared to the bases empty? On a base hit to the outfield with runners on first and second and one out late in the game - where should the throw go? These are all situational circumstances that requires a player to think critically, and could eventually make or break a game.

This critical thinking is particularly instrumental in the batter’s box. If a player lacks a plan at the plate and the ability to execute, it makes no difference if they have a million dollar swing or a ten cent hack - they will consistently find themselves in a hole and succumbing to a “pitcher’s pitch.” On the flip side, if a player understands how to be selective and work a count to their advantage - they will have consistent opportunities to do some damage at the plate.

Need some proof? Take a look at the 2017 Houston Astros and the 2018 Boston Red Sox, the two teams that have been exposed for notoriously stealing signs. Both aforementioned teams had systems in place where their hitters knew what pitches were coming on a regular basis. With this distinct advantage in place, how did the 2017 season end for the Astros and the 2018 season for the Red Sox? With each team hoisting the World Series hardware.

Now I don’t condone cheating in baseball or any other sport. However, I do believe in using your mind to full capacity and seeking an advantage, the right way, through hard work and preparation! If you’re passionate about a particular sport - eat it, breathe it and go to sleep with it. Having a deep understanding of the rules, awareness of different situations and knowledge of your opponents will be extremely advantageous.

New York Yankees Hall of Famer Yogi Berra famously said, “Baseball is ninety percent mental and the other half is physical.” It doesn’t take a genius to figure out that those numbers don’t equate, but the important thing to remember is that athletic success is largely determined by an individual’s mental approach.

It’s an exciting time to be an athlete. The 21st century provides an athlete with unlimited amounts...
Read More

Why Train with MaxBP? Unlimited Repetition

It’s no secret that it takes a lot of time and dedication for an athlete to set themselves apart...
Read More

As a developing athlete in the ‘90s, it’s pretty ridiculous, and a little sickening to think about...
Read More