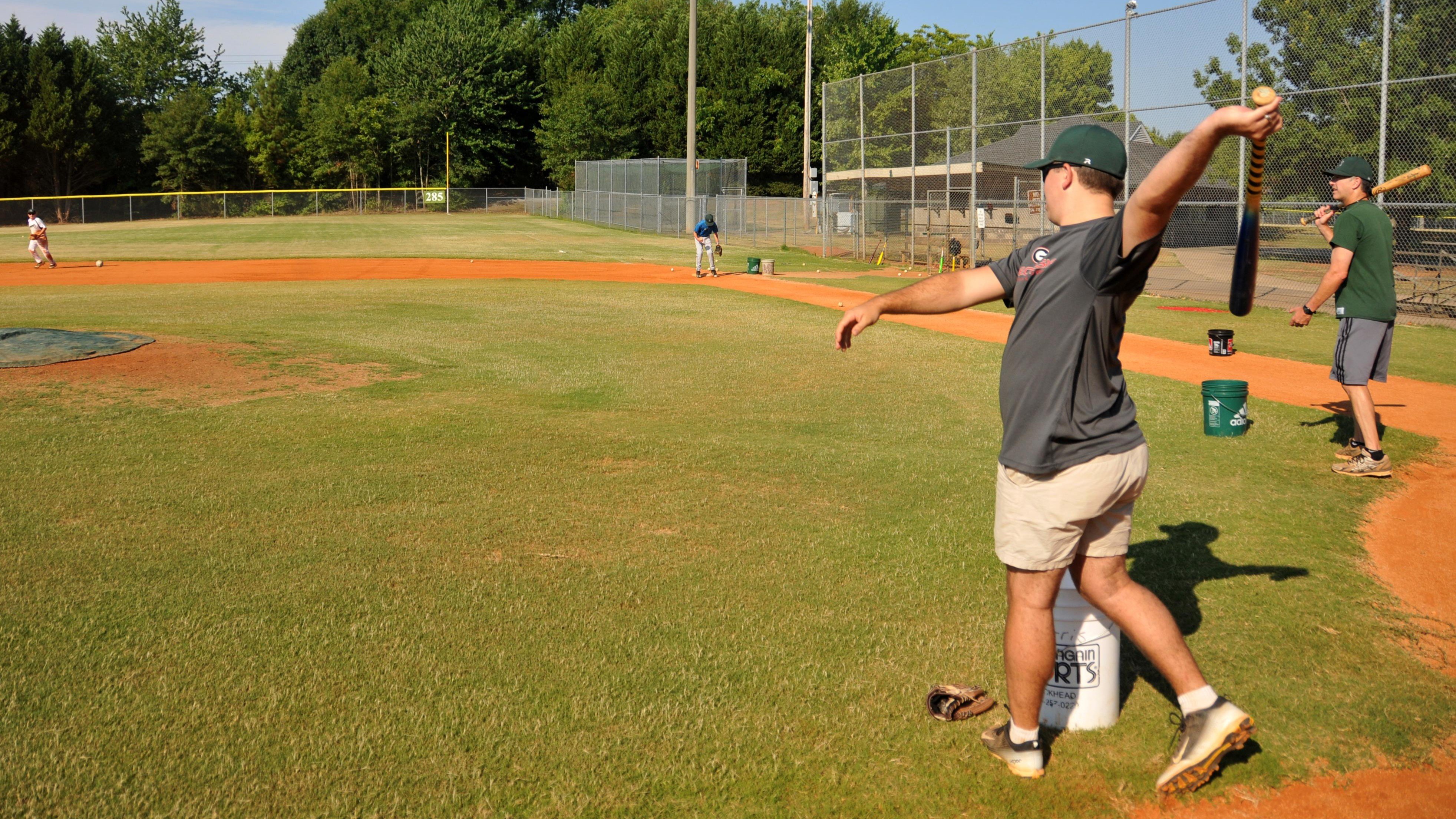 A lot has been made out of what makes MaxBP a difference making batting practice tool, and for good reason. The small ball training tactics work wonders for an athlete’s hand eye coordination, vision and bat speed. But, what about the other aspects of the game? As the saying goes, a winning team “hits, catches and turns left” better than their opponent.

MaxBP is far from a one trick pony, providing coaches with the opportunity to conveniently train their athletes in the field and on the base paths. This complete training package makes MaxBP a difference maker in multiple facets of the game.

Pitchers - A pitcher can work on fielding their position by standing in close proximity to the MaxBP machine and turning the machine to an appropriate setting. The pitcher can work on simulating their delivery and reacting to “come backers.” This drill helps a pitcher develop the reaction time necessary to field their position effectively, and could protect them from potential injury.

Catchers - MaxBP has become an increasingly popular training tool for catchers. It allows a backstop to practice their framing techniques, an essential skill in helping a pitching staff receive those borderline strikes on the corners of the plate. By setting the MaxBP on a tripod and tilting the machine downward, a catcher can also practice their blocking, without the traditional bumps and bruises.

First Basemen - Former San Francisco first baseman Willie McCovey was known as “Stretch” during his playing days, because of his ability to get the most out of his 6’4” frame while fielding his position. By setting the MaxBP up across the diamond, developing athletes can practice their own ability to stretch their bodies and pick up those close calls on the “bang, bang” plays at first base. MaxBP also provides unlimited ground balls and balls in the dirt for first basemen.

Middle Infielders - MaxBP offers more ground ball reps than ever before for second basemen and shortstops, allowing them to work on their hand eye coordination, glove work and footwork. Another popular way to utilize MaxBP with middle infielders is by getting that extra work on double plays and developing a quicker transition time in the process. Knocking a split second off that relay time could be the difference in a game changing double play.

Third Basemen - Anyone who has ever played “the hot corner” knows the position earned the nickname for a reason. In the modern day era, exit velocity has become an increasingly popular statistic for hitters. Unfortunately for third basemen, they are often the ones responsible for corralling these missiles. A great way to prepare for the inevitable heat coming toward a third baseman is by configuring the MaxBP to a high velocity setting and developing the reaction time necessary to field the position effectively and safely.

Outfielders - By incorporating the pop-up attachment to a MaxBP machine, coaches have the ability to provide their outfielders with more consistent reps than ever before. By utilizing this option, it’s no longer necessary for a coach to be a master with the fungo. Just attach the pop-up mechanism and allow your athletes to train. This allows for more hands on coaching, in which outfielders can be instructed on proper fielding mechanics and footwork. Not too mention, if an outfielder can catch a wind aided, golf ball sized wiffle ball - catching a baseball or softball will seem like child’s play.

Base running - A productive way for coaches to implement conditioning at the end of practice is by utilizing MaxBP for base running drills. Set the MaxBP feeder speed (and utilize the plugs) to the appropriate setting and allow your athletes to work on their secondary lead on balls over the plate, and to cycle around the bases with each respective wild pitch. By tilting the machine and mixing in a few dirt balls and errant pitches, players will have the opportunity to work on their anticipation on the basepaths like never before.

There are many great ways to utilize MaxBP Reaction Training. Have some fun with your training and be creative. This will keep athletes engaged in their development, excited to set foot on the practice field and help them “hit, catch and turn left” better than their opponents.

Beat the Streak with MaxBP

Back on August 3, I began my improbable run at a hallowed American sports record - Joe DiMaggio's...
Read More

Misconception - Hitting is an Art, not a Science

There are a lot of interesting hitting theories out there, and while some are better than others,...
Read More

Why Train with MaxBP? Money Doesn't Grow On Trees

Money doesn’t grow on trees! Most of us heard that phrase a number of times in our youth. It served...
Read More