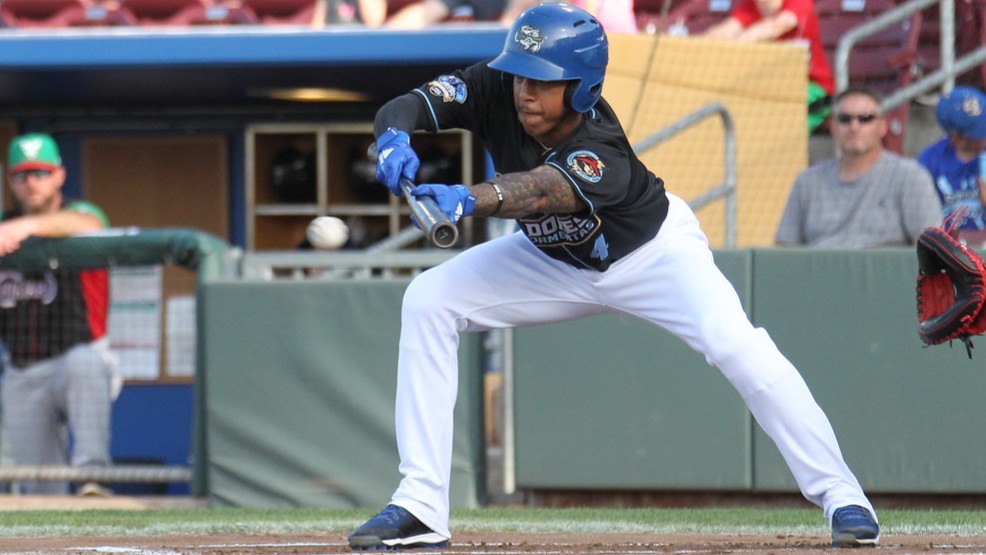 The Lost Art of the Bunt Base Hit

One great thing about baseball is that the small details often decide the victor. Hitting the cutoff man, moving a runner over to third base with less than two outs and laying down a bunt are all instrumental plays in any given game.

Bunting may not be as prevalent as it used to be, as station to station to baseball has given way to launch angles and exit velocity. But, for baseball purists, there will always be a place in the game for the “little things” - particularly in the postseason.

Whether it be a high school playoff game or Game 7 of the World Series, most playoff competition is hard fought and evenly matched. The offensive outbursts and crooked numbers of the regular season take a back seat to pitcher’s duels and timely hitting. A great way to be a difference maker in a tight knit ball game is to be able to handle the bat in a variety of ways, including the ability to lay down a bunt base hit.

With all of the defensive shifts being used in today’s game, the bunt base hit should be more popular than ever - except it’s not. If you’re a batter hitting into a shift or a defense that is playing back - and that third base line is wide open - lay one down! Get on base for your team! It could be the leadoff baserunner your team has been struggling to muster or it could spark a two-out rally. The point is, it could be the difference in the ballgame. From a personal perspective - it’s better than a walk, it’s a hit, a line drive in the box score!

The most important thing an athlete must remember is that they are not laying down a sacrifice bunt in this drill, they are bunting for a base hit. Depending on the dominant hand of the player, there are several techniques to consider:

The most fundamental way for a left-handed batter to lay down a drag bunt is a simple drop step. The hitter will open their front toe, slide the top hand up the barrel and angle the bat toward the third base line. At the point of contact the batter’s momentum should be in the direction of first base.

Former All-Star Brett Butler was masterful at this technique. During a Major League career that spanned 17 seasons, Butler had the most bunt base hits in MLB history - 188. The outfielder reached base successfully on 48.8% of his bunt base hit attempts in his career. He holds the single season record with 29 bunt base hits with the Dodgers in 1992.

Butler was one of the premier leadoff hitters in baseball for a Giants team that reached the World Series in 1989. However, his best season was arguably with the rival Dodgers in 1991 when he scored 112 runs and finished 7th in the National League MVP voting.

The second and more complex drag bunting technique for a left-handed hitter is the crossover technique. In this method, the hitter starts deeper in the batter’s box because they will be crossing the left foot in front of the right as they lay down the bunt. This is an ideal technique because the batter already has their feet moving, and essentially, they have a running start to first base.

Ichiro was excellent at utilizing the crossover technique. In fact, he was so exceptional at this method that he adopted the concept into his swing. It was not uncommon for Ichiro to be “crossing over” and in-motion while his swing was in progress.

SPOILER ALERT: Jake Taylor, fictional catcher for the Cleveland Indians, laid down a beauty of a right-handed bunt in the pinnacle moment of the movie Major League. By utilizing the the drop step method, Taylor was able to beat the throw from the Yankees’ third baseman for a bunt base hit, allowing teammate Willie Mays Hayes to score the winning run that catapulted the Indians to a postseason berth.

How to Practice Bunting for a Base Hit with MaxBP

A great way to practice drag bunting is on a MaxBP pitching machine. After configuring the machine to a slower feeder speed, set the pitch type, speed and grab a bat (preferably a BetterBat Training Bat). When bunting for a base hit it’s still important to “catch the ball” with the bat. It will be more challenging than a sacrifice bunt, because the athlete’s body will be in motion, but with practice a player will adapt. This fundamental will deaden the ball upon impact and the result will be a strategically placed bunt between home plate and third base.

Another thing to consider, although the feeder speed is set at slow, an athlete may want to take a pitch or two during this drill. By applying drag bunting techniques the batter will find themselves in constant motion, which should take the players momentum outside of the batter’s box completely, if done correctly. Take the time to perform the drill the right way. 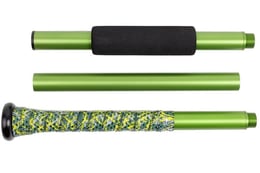 invaluable. To practice drag bunting an athlete will need a MaxBP (or live pitcher), wiffle balls or hard balls, a baseline and a bat (preferably a BetterBat Training Bat).

The skills learned from this drill will help all aspects of a hitter’s bunting and bat handling abilities. This is particularly true when training with a MaxBP because the small balls and thin bat will do wonders for an athlete’s hand-eye coordination.

With proper training a player will find the drag bunting technique best suited for them and have the ability to lay the ball down the third base line, while only bunting at strikes. If a pitch is out of the strike zone, let it go. Best case scenario, it could lead to a walk. Worst case scenario, the third baseman moves in a few feet for the rest of the at-bat. Either way you’re in better shape than when you started. Be an educated, well-rounded hitter and take what the defense gives you.

The Left-Handed Drag Bunt to the Right Side

In the generations past players like Lee Mazzili, Nellie Fox, Vada Pinson, Rod Carew, and even...
Read More

If you tune into the College World Series next June, chances are you’ll witness a number of scrappy...
Read More