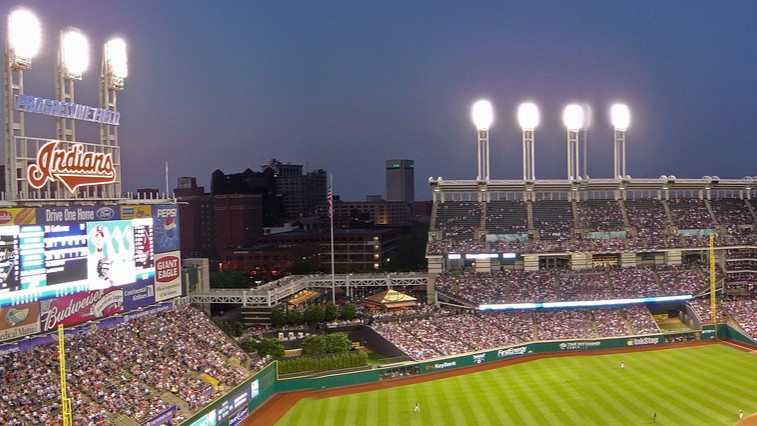 It’s an exciting time for Major League Baseball and it’s fans, as the home run ball is back and better than ever. As baseballs fly out of the 30 MLB Stadiums at an alarming rate, what better way to celebrate the “big fly” than the 2019 Home Run Derby, which features an exciting new cast of sluggers.

The Home Run Derby has really transformed and taken on a different look over the years. I still remember my first introduction to the concept. When I was growing up in the ‘80s, every so often you’d get lucky and catch a rerun of the classic Home Run Derby television show. This production was originally filmed for three weeks in Los Angeles in 1959 and aired in 1960, and although it was filmed in black and white, the show inspired kids everywhere to participate in their own version of backyard home run derby.

It’s been nearly 60 years since the Home Run Derby television show was filmed and those pioneers deserve much of the credit for laying the groundwork for today’s event. However, baseball fans might be alarmed to hear that Major League Baseball didn’t incorporate the derby into their All-Star game festivities until the 1985 season - 25 years after Aaron, Mays, Mantle and Co. initially swung for the fences.

The inaugural MLB Home Run Derby wasn’t even televised, so unless you had seats at the Hubert H. Humphrey Metrodome in 1985 - chances are you missed Cincinnati's Dave Parker taking home the hardware. As the home run derby became more popular and home runs became more prevalent in the sport, MLB started airing the event the day before the All-Star game. The format has since evolved from a short outs-based competition, to multiple rounds, and eventually to the current bracket-style timed event.

The derby has contributed many memorable moments over the years - Ken Griffey Jr. hitting the warehouse beyond the right field wall at Camden Yards in 1993, Mark McGwire and Sammy Sosa alternating bombs over the Green Monster at Fenway Park in 1999, Josh Hamilton hitting an unbelievable 28 home runs in a single round at Yankee Stadium in 2008 and just last year, Bryce Harper winning the crown in front of his home crowd in Washington D.C.

Every season the Home Run Derby provides baseball fans with a new cast of sluggers ready to keep the rich tradition alive and this year’s no different. Let’s take a look at this year’s field and see who has the best opportunity to take home the $1 Million cash prize at Progressive Field in Cleveland (odds found on Bovada July 8th, 9am PST):

Chapman (21 home runs) was a late addition to the field, replacing the leading home run hitter in the Majors this season, reigning NL MVP Christian Yelich (31 home runs). One would think that Chapman would have an advantage since MLB slid him into Yelich’s #1 seed location; however, he will be facing Guerrero Jr. (8 home runs), one of the most prolific young sluggers in recent memory. Although Chapman has 13 more home runs than Guerrero this season, I like the Blue Jays young slugger here. The ball jumps off his bat in a special way and he makes hitting the ball out of the ballpark look easy.

This is the #4 vs. #5 seed in the bracket, as Bregman has posted 23 home runs and Pederson has connected for 20 dingers. This in my opinion is the weakest match-up in the bracket, and although I’m not crazy about either player’s chances in the competition, I have to pick somebody. I’ll go with the former LSU Tiger, Bregman. I think Bregman’s compact approach will be more effective than Pederson’s long, majestic swing. Also worth considering, Pederson’s last home run derby in 2015 proved to be consequential as he was mired in an awful second half slump that season.

The hometown hero has proved to be a worthy opponent in past Home Run Derby competition. Ryne Sandberg was the first player to be crowned in front of his home crowd at Wrigley Field 1992, while Todd Frazier (2015, Cincinnati) and Harper (2018, Washington) also sent their fans home happy. Expect a good showing from Santana (19 home runs) in front of the Cleveland faithful, but it won’t be enough. Pete Alonso (30 home runs), the rookie slugger from the New York Mets has some of the best power in the game today. He is the real deal.

This is my favorite match-up of the first round, Bell (27 home runs) and Acuna Jr. (21 home runs) have been two of the best players in the National League in the first half. The two have taken different paths to get to this stage, Bell is arguably the biggest surprise of the 2019 MLB season, while Acuna Jr. has been regarded as one of the best prospects of this generation. Although I like both of these players, I will go with Acuna Jr. as the winner. He seems to have a flair for the dramatic and what better stage to announce one's “presence with authority” than the Home Run Derby?

As the second round of play takes course stamina is likely to be a factor. Which player will exude more energy to advance through the first round and which athlete is able to hit the ball over the fence without pressing. No doubt in my mind, the answer here is Guerrero Jr. While Bregman has proven to be more consistent and hit for a better average than his counterpart, Guerrero’s natural power is superior and he will advance to the finals.

In a great match-up between young superstars representing the NL East, Alonso and Acuna Jr. won’t disappoint, as they will have fans looking forward to a rivalry for years to come. Both athletes are extremely powerful and hit the ball out of the ballpark with relative easy; however, I believe that Alonso is the more natural home run hitter. Acuna Jr. may take the cake as the overall better ballplayer, but in this competition I will take the slugger - Alonso is the choice.

This is a dream match-up for Major League Baseball. Two of the most exciting young sluggers the game has seen in a very long time, going at it head-to-head. I could see either player going on an impressive run and taking home the $1 million, after all, that is a particularly big chunk of change for Guerrero Jr. and Alonso because they are still playing under their rookie contracts ($555,000 annually). Expect some fireworks here, perhaps even a dramatic walk-off, and I expect the player to pull it off will be - Vladimir Guerrero Jr. I believe this will be the young phenom’s coming out party and it will catapult him to a monster second half of his rookie season.

An essential part of a hitter’s success at the plate is gaining comfort in the batter’s box. There...
Read More