When Ted Williams and author John Underwood completed “The Science of Hitting” in 1968, chances are they didn't expect the book to be relevant into the 21st Century. Yet, here we are more than 50 years since the publication of the book and it continues to point hitters of all ages in the right direction. I imagine the ongoing popularity of the book would have even surprised “The Splendid Splinter” himself.

I've read“The Science of Hitting” several times over the years. Once in my youth, and again in my 20’s, and both times I gained valuable knowledge from its words of wisdom. It’s an easy and enjoyable read for anyone with an interest in baseball (or softball) and it’s highly recommended to anyone with a desire to improve their abilities as a hitter.

One of the things that makes the book so universally effective is it’s simplicity. Williams and Underwood do a wonderful job of communicating simple tactics for what is widely considered the most difficult task in all of sports - hitting a pitched ball consisting of different spins and traveling at a high velocity.

Although the book features an abundance of worthwhile information and priceless perspective from one of the greatest hitters who ever lived, Williams points out that there are three basic rules that all hitters should follow. 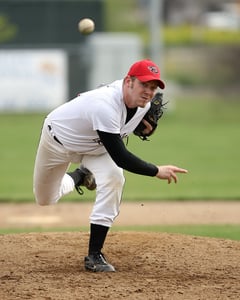 As demonstrated by Williams’ legendary eye at the plate, which included 2,021 career walks and a major league record .482 on-base percentage, this rule was of great importance.

According to Williams, this was a lesson he learned from Rogers Hornsby, the man he considered to be the greatest all-around hitter - style, power, smarts - he ever saw play. Many ballplayers attempt to abide by the rule of only swinging at strikes and laying off balls out of the strike zone, but Williams took this concept to another level. Williams knew his swing so well, that he knew which areas of the strike zone were most beneficial to swing at and would produce the greatest results.

Some hitters like a pitch up in the zone, while others prefer it low. Certain players like the pitch on the outside to get their arms extended and others like to turn on the ball. Williams liked the ball up in the zone and preferably middle-in. On the other hand he struggled with pitches that caught the low and outside portion of the strike zone.

Every hitter has certain “hot zones” in their respective strike zone and that is where they should be looking for a pitch to drive; however, it’s also important to put in the work necessary to work on those areas of weakness. In today’s game with advanced metrics and scouting, a “hole in the swing” will be exposed like never before. 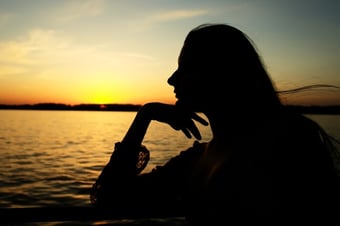 Anybody who has ever set foot in a batter’s box realizes the difficulty of squaring up a pitched ball. In order for a player to be successful at the plate, it’s imperative that they have a certain level of confidence. This is commonly established by an individual being prepared. Has a player spent enough time on their training? Have they developed quality muscle memory? If the answer is yes, a hitter should be able to set foot into the batter’s box with a clear mind and let their fundamentals take over.

Furthermore, it’s important for a hitter to do their homework. The game of baseball is often referred to as a “chess match,” and this is particularly true for the ongoing game of cat and mouse between a hitter and a pitcher. Whether it be through film study, getting notes on a pitcher from other players or watching them in warm-ups - the more information a hitter has before they set foot in the batter's box, the better off they’ll be and the more success they'll experience.

Sometimes this can prove to be difficult if you’ve never faced a particular pitcher before. If this is the case, keep a close eye on the pitcher’s tendencies that first time through the line-up. Chances are they will use similar methods in your plate appearance. If that first at-bat is a struggle, don’t let your emotions get the best of you, learn from the experience and gear up for the next battle.

In “The Science of Hitting,” Williams tells a story about a classic duel with Hal Newhouser of the Detroit Tigers. In the first plate appearance of the game, Newhouser dusted Williams off the plate, before striking him out on three consecutive pitches - the last a letter-high fastball. Upon his return to the bench, one of Williams’ teammates made a crack about the ugly at-bat.

Williams responded by saying, “Listen, I’ll bet you five bucks if he throws me that same pitch again I’ll hit it out.” Newhouser did throw another letter-high fastball, and Williams true to his word, hit the pitch out of the park.

Inexperienced hitters often confuse hitting for power with over swinging, using a heavy bat or developing an Adonis-like physique. Truth be told, the ballplayers who feature the quickest bat and have developed elite bat speed, are the ones who can hit the ball a “country mile.”

Sure, there have been some massive individuals who are synonymous with the term power hitter - Babe Ruth, Mark McGwire, Barry Bonds, Frank Thomas and Pete Alonso come to mind; however, there have been plenty of players with slighter and wiry builds with incredible power capabilities. Was Ken Griffey Jr. ever mistaken for a bodybuilder? Nope. Does Christian Yelich look like he is interested in having an excessively massive frame? I don’t believe so.

These players and many others over the years have taken a page out of Ted Williams’ philosophy - long and lean muscle with greater flexibility, paired with a relatively light bat, produces magnificent bat speed and power.

Even legendary hitters like Ted Williams can get overwhelmed by all the different styles and fundamentals of hitting. Which is why the Splendid Splinter valued the basics and preferred to keep it simple. Hitters who are slumping, feel lost at the plate or need a reboot - should consider Williams’ Three Rules to Hit By - Get a good ball to hit, think properly and be quick with the bat.

Tony Gwynn was the purest hitter of his generation. Perhaps ever. Gwynn was nearly impossible to...
Read More

Don't Be Afraid of a Little Gas

Former Boston Red Sox legend Ted Williams once said, “You have to hit the fastball to play in the...
Read More

One look at the back of Albert Pujols’ baseball card and any baseball enthusiast can agree - the...
Read More