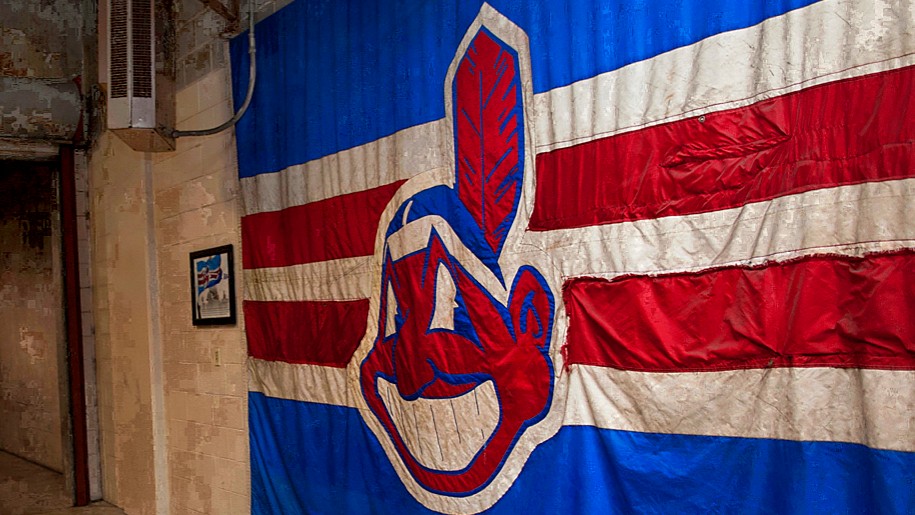 Simulating an at-bat with Rick “Wild Thing” Vaughn on MaxBP

Over the years there have been a number of baseball movies that have captured the imaginations and hearts of its fans. Dramatic films like The Natural and Field of Dreams, family movies such as The Sandlot and those of the comedy variety like The Bad News Bears and Bull Durham. It’s difficult to single out the best baseball movie, but my favorite has always been the 1989 comedy Major League, starring Charlie Sheen, Tom Berenger and Corbin Bernsen. 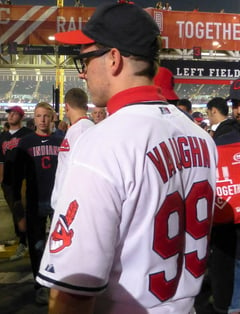 It’s been more than 30 years since the motley crew of ballplayers known as Rick Vaughn, Jake Taylor and Roger Dorn graced the silver screen - and yet, the film continues to draw laughter and bring smiles to the faces of baseball fans. Some films are timeless, its characters and quotes engraved in our memories, and Major League fits that criteria.

Last summer, my wife and I attended a Braves vs. Padres game in San Diego. Although we both lived in San Diego in the past, my wife grew up in Fort Worth, Texas as a Rangers fan, and I grew up in Northern California as a Giants fan. We didn’t have a rooting interest in this particular affair, just a couple of baseball fans excited to take in a big league game. Therefore, neither one of us were sporting any swag to support the teams on the field and we weren’t interested in spending $20 on a t-shirt that would inevitably collect dust. This led to an interesting discussion.

One of the great things about attending a baseball game, unlike other sporting events, is that you can enjoy some quality conversation in the process. Sure, there are bound to be some exciting plays, but much of the experience resembles a day at the park - sunshine, visiting with fellow fans, and snacks. During one particular lull on this sunny day in San Diego, my wife and I started brainstorming about universal baseball attire that could be worn, and celebrated, at any ball game in the present or future. Before we knew it, both of us were laughing and excited about our idea - we should invest in a couple of Cleveland Indians jerseys - I would sport a Vaughn uniform and my wife would wear Dorn.

Although this plan hasn’t come to fruition as of yet, we both agreed that it would be a hilarious representation of our fandom and would draw some laughter from others. No matter what teams are playing or what stadium we attended, the jerseys would be appreciated, because 30 years later Major League is still relevant.

Arguably the most iconic player in the movie was Charlie Sheen’s character, Rick “Wild Thing” Vaughn, the troubled young pitcher with poor vision and a rocket arm. In the early stages of the film, “Wild Thing” struggles with his control in a practice and game setting, prompting Indians broadcaster Harry Doyle (Bob Uecker) to mock Vaughn with some legendary calls, such as “Just a bit outside” or “Ball four, ball eight. Low and Vaughn has walked the bases loaded on 12 consecutive pitches.” Eventually, Vaughn straightens things out. He gets fitted for some prescription, horned rimmed glasses and is able to corral his wild ways on the mound.

Vaughn may be a fictional baseball player, but it’s still fun to imagine taking an at-bat off a flame thrower of his caliber. Just how much heat are we talking? In the movie’s final moments, Vaughn strikes out his nemesis, triple crown winner “Haywood” of the Yankees (.341 BA, 48 HR, 121 RBI) on three consecutive pitches - a 97 MPH fastball, a 99 MPH fastball and a “forget about the curveball Ricky, give him the heater” - 101 MPH fastball. 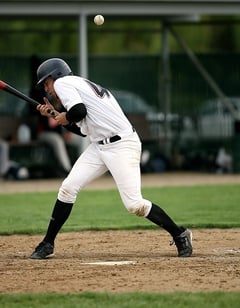 Is it possible to recreate this movie magic in your own backyard? Absolutely! It’s difficult to simulate the inconsistencies that “Wild Thing” featured early in the film. The fact is MaxBP Reaction Training is an accurate pitching machine that consistently pitches to a desired location; however, it’s never a bad idea to aim the trajectory inward and take a couple bean balls. There is great value in learning how to wear a pitch. In essence it’s the same as a hit or a walk, because the batter gets to take first base.

Of equal value, it’s important to know the proper way to get hit by a pitch. Many inexperienced players panic when they see a ball traveling at a high velocity in their direction, prompting them to “open up” and potentially take one in the face or the front of their body. The correct way to get beaned is by closing the hips and the shoulders, allowing the ball to hit a player in the back or buttocks, not nearly as painful or dangerous. Like most other skills, this technique can be developed into muscle memory through repetition.

MaxBP enthusiasts who care to simulate the iconic gas that Rick Vaughn featured at the end of the film, can do so with relative ease. Set the MaxBP Pro pitching machine approximately 28 feet from the batter’s box and configure the settings to High + Turbo + Super. This setting will simulate velocity in the 100 MPH range.

Have fun with MaxBP Reaction Training! Whether it be a fastball, curveball, cutter or slider simulate endless experiences hitting off the best pitchers in baseball history - fictional or not.