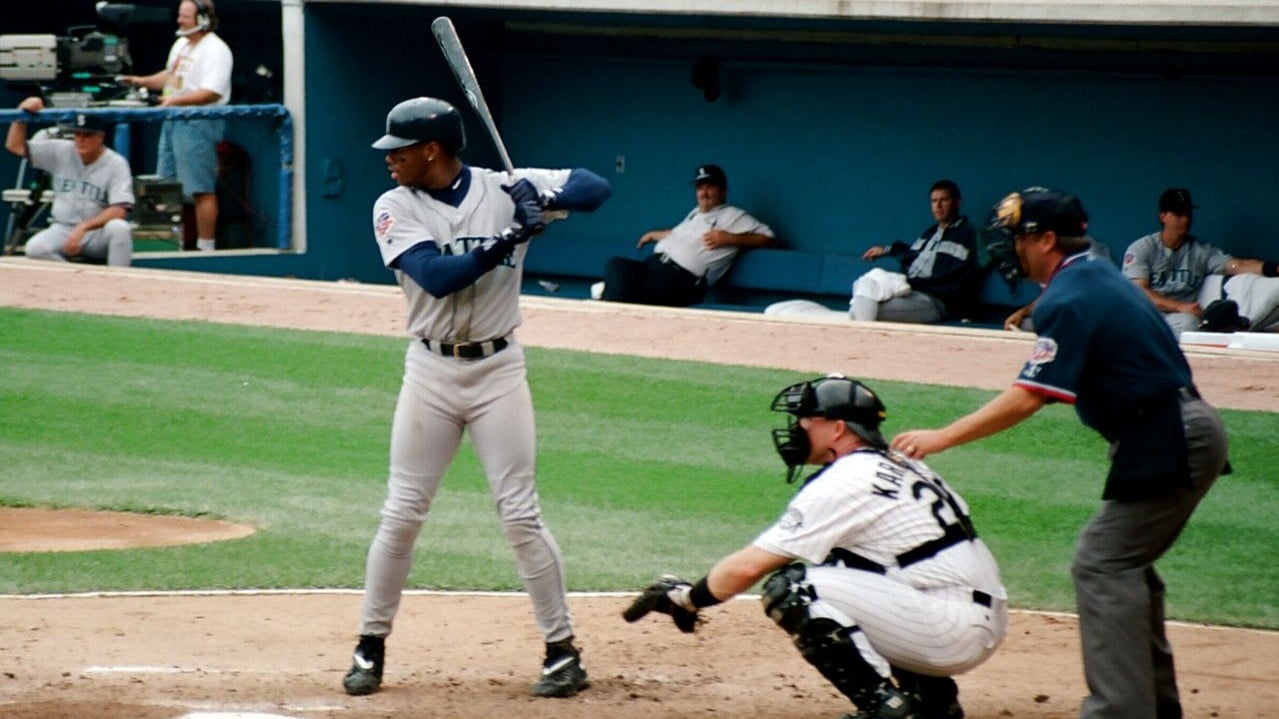 Batting Stances - Not All Are Created Equal

One of the great things about baseball is the "batting stance." For generations aspiring athletes, myself included, have stood in front of a mirror and tried to replicate the stances of their favorite ballplayers. It's an enormous part of the exploratory process a batter endures to gain comfort and confidence at the plate. But how should a player settle on a particular stance? And does it make a difference?

The reality is there have been thousands of different stances over the years, and although some garner more style points than others, there is no single optimal approach. It all depends on the athlete. So like an artist with a blank canvas, a hitter should just "be themselves" and do whatever feels natural, right? Not exactly.

Comfort is an instrumental element in a hitter's batting stance; however, the bigger factor is a batter's ability to get into the "gather" or "loading" position. This requires a hitter to be in a balanced athletic stance, hands back in a proper location and ready to attack. This is ideal for maximizing the amount of time a player's bat spends traveling through the strike zone. If an athlete's stance is detrimental to a mechanically sound loading position, they need to rethink their approach.

A number of Major League ballplayers have experienced positive results with unconventional batting stances; however, that doesn't mean that approach will work for everyone. Some of the most iconic batting stances can't be replicated, in fact they should come with a disclaimer - DO NOT TRY AT HOME (or away for that matter). Lets take a look at some of the most unorthodox stances in MLB History:

Carney Lansford - Basically Lansford looked like he was partaking in a Shake Weight workout in his unique batting stance. So if you got a kick out of that infamous commercial, Lansford's antics likely struck a similar sentiment. It worked extremely well for the former Boston, California and Oakland third baseman. He compiled a .290 batting average in his career, which included a batting crown in 1981 (.336 BA) and runner-up status in 1989 (.336 BA).

Craig Counsell - Let's put it this way, if a Little League coach witnessed one of their player's adopting a Counsell-esque stance, they would break into a dead sprint to stop them. The left-handed Counsell looked like he had no idea what he was doing, except he did. The veteran infielder won two World Series titles (1997 with Florida and 2001 with Arizona) and played in the Major Leagues for 16 seasons. Counsell's "reach for the sky" batting stance drew a lot of ridicule from opposing fans; however, nobody was laughing when he took home the 2001 NLCS MVP. Counsell parlayed his October heroics into a managerial position with the Milwaukee Brewers.

Cal Ripken Jr. - Of all the players I watched growing up, Cal Ripken Jr. tinkered with his swing the most.     It seemed like the Iron Man had a different stance every spring, each one more peculiar than the next. Perhaps it was the fact that he didn't miss a single day of work for 16 years, breaking Lou Gehrig's iconic consecutive games played streak in the process. The Hall of Famer went on to record 3,184 hits, 431 home runs, and 1,695 RBI. Statue in front of the stadium numbers. Legend status.

Andres Galarraga - The "Big Cat" had a career revival with the Colorado Rockies in the '90s, due in part to the thin air at Coors Field in Denver, Co. and to a newly adopted batting stance. Galaraga claimed that his new open stance allowed him to see the ball better. Could it be that Galaraga was the rare right-handed batter that was also right-eye dominant? That would explain the success with the open stance because it allowed the powerful Venezuelan to track the ball clearly with both eyes. Whatever the case, it sure was effective. After leading the National League in strike outs for three consecutive seasons (1988-90), Galarraga turned things around in the Mile High City, leading the NL with a .370 batting average in 1993.

Gary Sheffield - The nine-time All-Star was undoubtedly one of the most imposing hitters of his generation. Sheffield's violent bat waggle as he prepared for the pitcher to deliver the baseball was no doubt intimidating to his opponents. The former World Series champion (1997 Florida Marlins) had some of the most impressive raw talent and bat speed of his era; however, I've always wondered if he would have hit more consistently and for a higher average with a batting stance that required less energy and movement. One thing is certain, it looked cool. Sheffield's stance had what the modern athlete would call "swag." Sheffield played for 22 seasons and compiled a career .292 batting average, 509 home runs and 1,676 RBI.

The bottom line is that not all batting stances are created equal, and while a batting stance doesn't make a swing, it can most definitely break it. So while a hitter should never sacrifice effectiveness for style points, it doesn't matter how they get to the "gather" position, as long as they get there quickly and consistently. Everything leading up to that moment is up for interpretation. So go ahead kid, express thyself, but choose wisely.