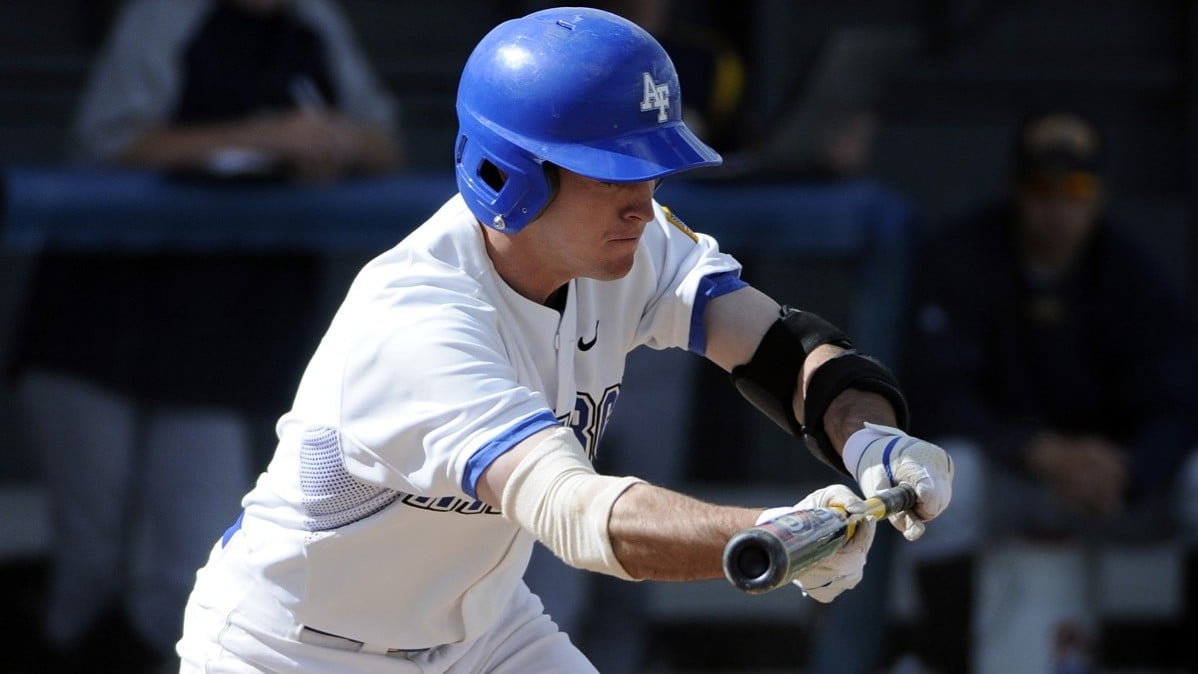 If you tune into the College World Series next June, chances are you’ll witness a number of scrappy ballplayers who can handle the lumber and are willing to embrace “small ball.” These spark plugs at the top of the order or the rally starters at the bottom of line-up play a major role in a team’s offensive success.

This ability to manufacture runs and not just rely on power hitting is instrumental to a team’s consistency. It also puts an immense amount of pressure on the defense, and provides ample opportunity for them to make costly errors. However, it can also be very rewarding for an individual. Those players who have developed elite bunting abilities, have the potential to boost their batting average and - bunting is slump proof!

When analyzing the top five “bunt base hit” players in Major League history, their success rate is pretty alarming:

Coming in at number 10 on the list - Mickey Mantle, with 80 hits in 148 attempts, and a .541 batting average! Who knew “The Mick” had elite bunting skills! If Mantle wasn’t too proud to lay one down, nobody should be! Mantle was a lifetime .298 hitter; however, if you take away those 148 career bunt attempts at a 54 percent rate - that career batting average slips to .293.

In some instances, a player can add 20 points to their batting average in a season. For example, in the 1992 campaign that saw Kenny Lofton finish second in the American League Rookie of the Year voting, he had 164 hits in 576 at bats to the tune of a .285 batting average.

In that same season, Lofton was successful in 22 of his 44 bunt base hit attempts. If a statistician were to remove those 44 bunt attempts from Lofton’s stat line, the back of his baseball card would indicate a .267 batting average.

Today we will be looking at a particular type of bunt base hit type, the push bunt by a right handed batter to the right-side of the infield. Using their MaxBP machine (or a training partner) the hitter should configure the machine to a speed they can handle. Advanced players can challenge themselves with higher speeds and breaking pitches, while beginners should stick to a moderate speed that travels straight. This will allow those less experienced players to focus on their mechanics and completing the drill properly.

As is the case for any bunt base hit scenario, a player doesn’t want to “show their hand” too early. When the MaxBP pitch indicator turns on, the player should square up to bunt. In the event the player is facing a live pitcher, the intent to bunt should be exposed when the pitcher’s front foot hits the ground.

The technique here is to point the knob of the bat toward the third base coach area. The bat should be held at an angle where the barrel is higher than knob. The angle of the bat throughout the bunt attempt will need to be fine tuned over time, but is well worth practicing.

At this point the player should follow the ball to the point of contact and "catch the ball" with the bat. The bunt attempt should be positioned toward the right of the second baseman; however, if the batter misses their target, it is better to miss toward the foul line.

Good things can still happen if the bunt misses to the right. A first baseman may have to come off the bag to field the ball, creating a foot race between the batter, the second baseman and the pitcher. A foul ball is another possibility, in which case the player still has two more strikes to work with. However, if the player misses the bunt to the left, chances are it will be fielded by the pitcher or second baseman, and the out will be recorded.

Another fundamental point worth mentioning is that the upper hand grip is important in this drill. Pinch just under the barrel with your thumb and middle knuckle of your index finger.

A common misconception is that only left-handed batters should incorporate bunting into their repertoire. That is not true! Granted, left-handed players have an advantage because of their proximity to first base; however, right-handed batters can also be successful at bunting, particularly when they can catch the defense napping or in a vulnerable shift.

This is a wonderful drill for athletes 9-years of age and older. To participate in this drill a player will need a MaxBP machine (or training partner), a game bat or BetterBat Skinny Barrel Training Bat, wiffle balls, a throw down plate and a target to the right of the second baseman.

Whether an athlete is trying to earn a college scholarship or a professional opportunity, the ability to bunt for the occasional base hit is very advantageous for a player. The reason behind this? If executed properly, the bunt base hit is the highest percentage play for any batter. Simply put, having the ability to bunt for a hit can help catapult a player to the next level!

The Lost Art of the Bunt Base Hit

One great thing about baseball is that the small details often decide the victor. Hitting the...
Read More

It’s the most exciting play in all of baseball. No, not the home run. The suicide squeeze!
Read More

The Left-Handed Drag Bunt to the Right Side

In the generations past players like Lee Mazzili, Nellie Fox, Vada Pinson, Rod Carew, and even...
Read More