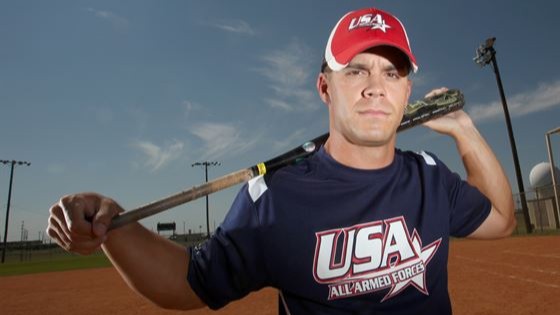 When I was playing ball in the ‘90s, the intensity level of football, basketball and baseball were all very different. Prior to every season, practice and game - my teammates and I had a pretty good idea of what we were getting ourselves into.

Football was very demanding. Between all the calisthenics, learning different tactics, and putting your body on the line - sometimes it felt like boot camp. Especially while practicing two times a day in 100 degree weather. 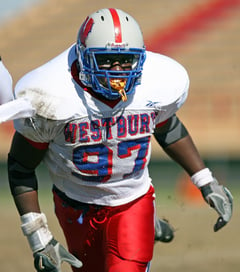 The gridiron was the ultimate test of physicality - how much could your body dish out? And how much could you take? The only significant injuries I have ever suffered happened while playing football, and I was a skill player who never set foot in the trenches. But, we kept coming back for more. There was something about huddling up with your buddies and “going to battle."

Basketball came with its own challenges - mainly conditioning. Every year I thought my cardio was on point, and then the first week of basketball practice happened. The fact is basketball players never stop running. Drills, scrimmages and then sprints at the end - it never stops. Basketball players are essentially marathon runners with coordination and skill.

The players with the best motor always seem to prevail on the hardwood. From junior high school to the NBA, most teams can hang with their opponent for a quarter or two. However, the second half is what separates the pretenders from the contenders.

When I was playing basketball growing up, there was one team that we could never beat, the Sequoia Spartans. Sequoia was skilled, athletic and ran the best full-court press in the area. From the opening tip to the final buzzer - the game was a whirlwind, moving at breakneck speed, and we simply couldn’t keep up. It was infuriating, but the fact was, they were a well-oiled machine and we were not. Regardless of wins and losses, one thing was certain - by season's end, my teammates and I would run our tails off, be physically fit and have less body fat.

Looking back at my time as a baseball player, the intensity on the baseball diamond never matched that of basketball’s hardwood or football’s gridiron. This didn’t change the fact that we all loved baseball and looked forward to it every spring, it’s America’s Pastime, but it was a different experience.

From the music we listened to before practice, to the way we stretched and went through our practice drills - the baseball diamond was a laid back environment. Granted, when you’re up to bat in the late innings with the game on the line, it’s pretty hot under that microscope. But for the most part, life on the diamond moves at a slower pace. Many would say this represents a beautiful aspect of the game, and in my opinion they’re correct - it’s a day at the park. However, it also got me thinking? Should baseball training or practice be any less intense than other sports? This seems to be an injustice for any ballplayer who has ever put on the spikes. 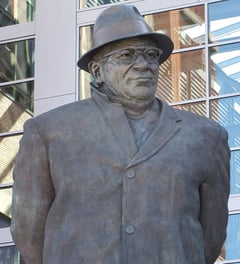 Not to take anything from the fiery baseball coaches of past and present - Sparky Anderson, Jim Leyland and Lou Piniella come to mind. But, typically baseball coaches are on the mellow side. Could you imagine a world where Bobby Knight and Vince Lombardi decided to coach baseball? Would those practices have been fast paced? What would the intensity level be like? What would practice have looked like if John Wooden coached his daughter Nancy Anne’s softball team? Chances are these legendary coaches would have demanded maximum effort from their players, gotten the most out of each opportunity, and had detailed practice regimen.

Baseball has transpired quite a bit since my playing days. You don’t see too many David Wells types anymore. Most of today’s athletes realize the benefits of diet and living a healthy lifestyle. The way coaches run their respective programs has also changed. They demand more from their players, and restraints on team practice schedules have forced coaches to make the most of their allotted time. But, I’m willing to bet that even today, the average baseball practice doesn’t match the intensity or physical demands of a football or basketball practice.

If you or your team are the exception to this rule - more power to you, and I want to hear all about it. However, if what I’m saying rings true - Why not flip that script and approach the diamond with a newfound intensity? Won't players get more reps and be better prepared for game day if they work at a faster pace and more fire in their belly? The skills that are being practiced may be different - MaxBP recommends that baseball and softball players train their bodies, eyes and mind -  but, the purpose and work ethic from one sport to the next should be universal.

Baseball and softball are played at a park and under the sun. That doesn’t mean that a team practice or an athlete's training should resemble a “day at the park.” Like any other activity, athletic or not, an individual should get the most out of each and every session. Train like hell in the present, so when the big moment arrives you feel confident and prepared. This will allow you to relax, let your muscle memory do it’s thing and enjoy the fruits of your labor.

Misconception - It's Impossible to See the Bat Hit the Ball

When I was growing up playing ball in the ‘80s and ‘90s there were a number of common “nuggets”...
Read More

When a batter steps up to the plate in a game, they should have a clear mind and only consider the...
Read More

Why Train with MaxBP? Money Doesn't Grow On Trees

Money doesn’t grow on trees! Most of us heard that phrase a number of times in our youth. It served...
Read More