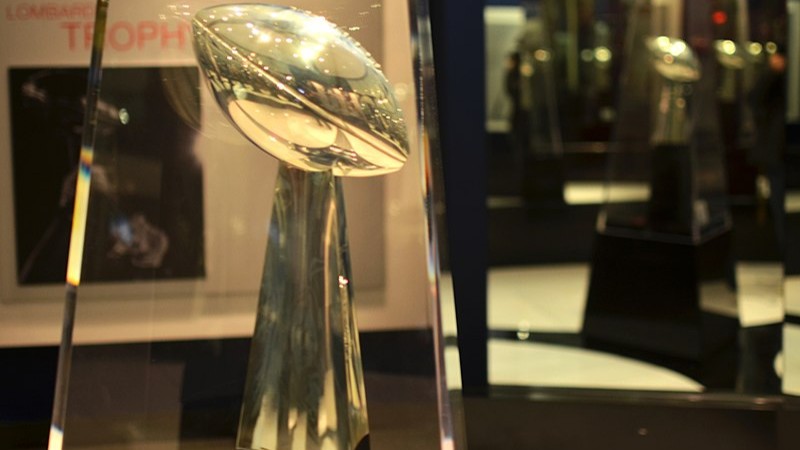 This past week has been one of the most unforgettable in sports history with the deaths of Kobe Bryant, his daughter Gianna; John Altobelli, 56, his wife Keri Altobelli, 46, their daughter Alyssa Altobelli, 14; Christina Mauser, 38; Sarah Chester, 45, her daughter Payton Chester, 13; and pilot Ara Zobayan, 50.

This tragic event has reminded us all what’s truly important in the world - family, friends and the time we are blessed to spend with our loved ones. Without a doubt, the tragedy has changed the feel of Super Bowl week and created a somber mood for many of its players and coaches. But, as we’ve been reminded throughout the week, the helicopter that carried the victims was full of athletes, coaches and people who loved sports - and the game must go on.

If there is one prediction in this article that I have complete confidence in - the NFL will find a way to pay tribute to the victims who perished in the accident, and deservedly so. Most of us will never forget where we were, upon hearing the devastating news of the accident in Calabasas on Sunday, January 26, 2020. Let this be a reminder, that no matter which team prevails in today’s contest or others moving forward, we are all privileged to be watching the Super Bowl, filling our bellies with our favorite foods, and enjoying a day with those we hold near and dear.

Now to the game, a match-up made in heaven between the NFC Champion San Francisco 49ers and the AFC Champion Kansas City Chiefs.

Coaching - Andy Reid, the veteran coach and potential Hall of Famer, pitted against Kyle Shanahan, one of the best young minds in the game and the son of legendary coach, Mike Shanahan. This is truly a match-up for the ages, and while Reid is the sentimental favorite because of his age, experience and track record - it’s nearly impossible to say which coach has the edge. They’re both great.

When the Chiefs have the ball - This is the marquee match-up of Super Bowl 54, pitting what has turned out to be the premiere offense in the NFL versus the toughest defense. Patrick Mahomes, the son of former big league pitcher Pat Mahomes, is a bona fide superstar - he will get his. In the words of Dan Patrick, “You can’t stop him you can only hope to contain him.” 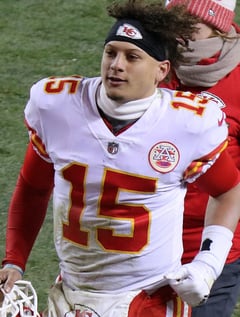 Which is precisely what the 49ers vaunted defense of Nick Bosa, Richard Sherman and Co. will attempt to do. San Francisco’s defense has stood tall all season, leading the team to a 13-3 record, including a treacherous late season stretch versus Green Bay, Baltimore, New Orleans, Atlanta, Los Angeles Rams and Seattle. The 49ers went 4-2 down the stretch, despite some significant injuries on defense and earned the #1 seed in the NFC and home-field advantage.

Fast forward to Super Bowl Sunday and both teams are enjoying their health, allowing each unit to put their best foot forward. The Chiefs will undoubtedly put up some points; however, San Francisco’s prior experience of facing dynamic quarterbacks - Kyler Murray (twice), Russell Wilson (twice), Jared Goff (twice), Aaron Rodgers (twice), Lamar Jackson, Drew Brees, Kirk Cousins and Matt Ryan - will have have them as prepared as possible to face Mahomes.

Of all the aforementioned players, the quarterbacks that gave the 49ers the biggest fits were those with elite mobility - Wilson, Murray and Jackson. The Niners fared better against pocket-passers, other than Drew Brees, who torched a battered 49ers defense for 46 points on December 8. Although Mahomes has a knack for extending plays and making things happen outside of the pocket, he doesn’t run the football like Wilson, Murray or Jackson. Some folks may point to Mahomes’ highlight reel 27-yard rushing touchdown in the AFC Championship game, and that was a fine run; however, Tennessee’s tackling was equally unimpressive on that particular play.

When the dust settles, Mahomes and his favorite targets - Travis Kelce, Tyreek Hill and Sammie Watkins will make a number of big plays - however, a healthy 49ers defense won’t make it easy. Bosa, Deforest Buckner, Arik Armstead and Dee Ford will pressure Mahomes from all angles - limiting Mahomes' time to find his targets. I believe that both respective units will have their moments and this classic showdown will live up to the hype. With that being said, the winner of Super Bowl LIV will not be decided by this particular match-up.

When the 49ers have the ball - Although these two units don’t get the same press as the Chiefs offense or the 49ers defense, this will likely be the match-up that will decide the victor of Super Bowl 54. Throughout the 2019 regular season, Kyle Shanahan and the San Francisco offense has quietly been a force to be reckoned with. San Francisco was fourth in the NFL in yards per game, averaging 381 yards, including 144 yards on the ground, and averaged approximately 30 points per game (2 more than the Chiefs). 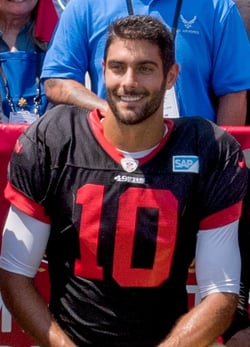 The 49ers offense may not feature the household names of the Chiefs, but what they lack in star power they make up for with scheme and grit. Shanahan continues to prove that he is one of the premiere play callers in the NFL, the offensive line fires on all cylinders and their skill players - George Kittle, Raheem Mostert, Deebo Samuel and Co. - have come into their own.

Some pundits may say that Jimmy Garoppolo is unproven and overrated, but he has been a solid contributor throughout the season with nearly 4,000 yards passing, 27 touchdowns and 13 interceptions. Garoppolo’s most impressive game of the season was a four touchdown, 300 yard performance in the 49ers, 48-46 victory in New Orleans. The former New England Patriot, is no stranger to Super Bowl Sunday, although his previous experience was as Tom Brady’s backup, and he never saw the playing field. Now Garoppolo has the opportunity to be the man under center and create his own legacy.

On the other side of the ball, the Kansas City defense finished in the middle of the pack, allowing 19 points and approximately 350 yards per game, including 128 rushing yards (26th in the NFL). Although the Chiefs’ rushing defense has improved late in the season and in the playoffs, they will be hard pressed to slow down the 49ers ground game. With that being said, the Kansas City defense has some serious play makers in defensive tackle Chris Jones, defensive end Frank Clark and safety Tyrann Mathieu.

While it’s easy to point out that Garoppolo is in his first full season as an NFL starter, he has been fortunate to learn from Tom Brady, Bill Belichick and other consummate professionals. It’s also important to acknowledge that Shanahan has a checkered past in big games, blowing a 28-3 Super Bowl lead while serving as offensive coordinator for the Atlanta Falcons in Super Bowl LI. Despite these concerns, it still feels like the 49ers have the advantage in this match-up. The 49ers should be able to run the ball and control the clock, as long as they don’t get too cute or shoot themselves in the foot.

Special Teams - Often times these big games come down to a special teams blunder, a blocked punt or a field goal. Kansas City kicker Harrison Butker has been consistent throughout the 2019 campaign, making 34 field goals in 38 attempts, and 45 extra points in 48 attempts. Despite his past success and a shiny new contract, San Francisco’s Robbie Gould had a down year in 2019, making 23 field goals in 31 attempts. Although he did convert on 41 of 42 extra point attempts.

Many NFL executives were scratching their heads when the 49ers drafted punter Mitch Wishnowsky in the fourth round of the 2019 draft, and for good reason. Wishnowsky has failed to live up to the hype and has been average at best with his punting and kickoff duties in 2019. Kansas City punter Dustin Colquitt on the other hand has been excellent and is a Pro Bowl caliber player.

Kansas City’s investment in second round draft pick Mecole Hardman has paid dividends for the Chiefs, he is a scary return man with game breaking abilities. The 49ers feature Richie James Jr., a solid kick returner, but not on the same level as Hardman.

Prediction - This game should prove to be a dynamic match-up with elite coaching and exciting players all over the field. While the Chiefs have the best offense in the NFL and superior special teams, they haven’t faced a defensive front or a rushing attack like the 49ers. Football games are typically decided in the trenches, and that is what makes San Francisco special.

When it’s all said and done, Kyle Shanahan will have redeemed himself, the 49ers defense will be recognized as an all-time great unit, and San Francisco will earn their sixth Lombardi Trophy in franchise history.

Why Should Parents Invest in MaxBP? Life Gets Busy

Life seems to get busier from one year to the next. No matter what you do to stay ahead, there...
Read More

WIth the strict regulations being implemented at the prep and collegiate levels nowadays, it’s...
Read More

Some folks say that “showing up is half the battle,” and there is some truth to that. It’s...
Read More