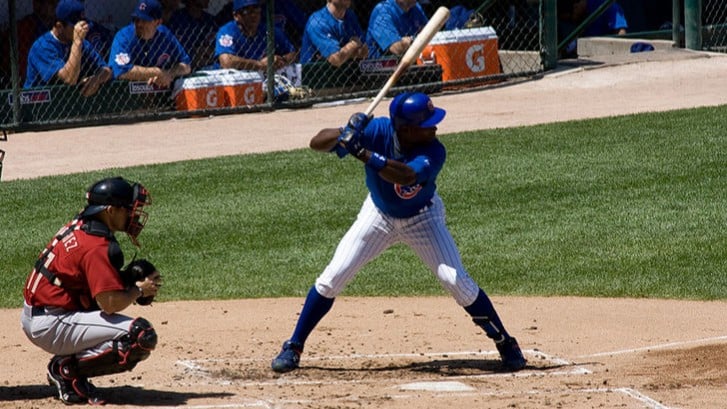 Any athlete who has spent a significant amount of time in their respective sport has endured the dreaded slump. It’s inevitably part of the game. The key is limiting those frustrating times and making them as short-lived as possible. In the “Slump Buster” series we will discuss a number of methods that will assist an athlete in their efforts to “right the ship.” Although our focus here is baseball, this concept pertains to a number of different sports.

In the past we’ve spent a significant amount of time discussing the importance of the stride and balance. These two elements of the swing are directly related, it’s very difficult to have a fundamentally sound stride without proper balance. With this in mind, some Major League players like Miguel Cabrera, Albert Pujols and Shohei Ohtani opt for a simpler approach using little to no stride, they call this rotational hitting.

The last thing a hitter should do if they are struggling at the plate is start tinkering with mechanics, this will only magnify the problem as they delve deeper into the abyss of their struggles. After all, the best mindset a hitter can have during an at-bat is a simple one - just the player and the ball - let your muscle memory do the talking.

What we’re suggesting in this particular “Slump Buster” isn’t to recreate the stride, that would be extremely counterproductive amidst a slump. The idea here is a very minimal adjustment. If a hitter widens their stance just a bit and eliminates a little stride, it will take some movement out of the swing process. This enables a struggling hitter to simplify their approach.

This doesn't mean that a hitter needs to go full Rickey Henderson or Jeff Bagwell with their stance! This is a slight adjustment to keep the head steady and body movement at a minimum. By doing this, a struggling hitter’s chances of putting the bat on the ball - the first step in busting out of a slump - will be drastically improved.

Once a player finds themselves making consistent contact at the plate, they can revert back to their traditional stance and stride; however, there’s a chance they might not want to. Like many things in life, some of the greatest lessons are learned during times of crisis. If an athlete makes a valuable discovery while they work through a slump, chalk that up to a blessing in disguise, and be an improved player moving forward.

Mental Training, Part I - Confidence, Toughness and a Plan of Attack

Success on the diamond begins between the ears. If a hitter believes they will fail, they’re...
Read More

Misconception - Hitting is an Art, not a Science

There are a lot of interesting hitting theories out there, and while some are better than others,...
Read More