Play for the Future

Last season, the MLB strikeout rate was 23.2%; nearly 1 in every 4 batters were striking out over the course of a game, on average. The strikeout rate hasn’t been under 20% since 2013. That’s eight years of averaging a strikeout every fifth at bat or more. Just this year, the MLB implemented a few changes aimed at increasing run output overall. For more on that, check out this article.

Change is not limited to one season. The MLB knows that if they want eyes on their product, they need to generate excitement and energy around the sport. Whiffs in a big game are exciting; constant whiffs with no hits to speak of can become dreary in a 162-game season. 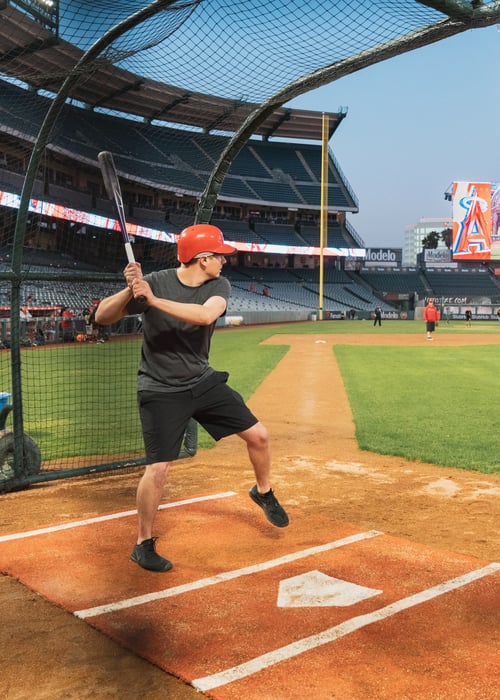 The MLB has been trying out new rules to bring down the strikeout rate while speeding up the pace of games and the amount of offense generated for some time now; much like a top prospect, these rules were built and tested in the minor leagues before making their big league debuts.

Beginning in 2023, the MLB will be implementing a “pitch clock”, giving a pitcher a set amount of time between their pitches. As of now, it is expected that pitchers will have 14 seconds to throw with no one on and 19 seconds to throw with runners on. The Minor Leagues also have a 30-second timer between each batter.

This falls in line with MLB’s other pace of play rules dating back to 2014, all aimed at speeding up the pace of a game. There are visible timers around the ballpark that set the time between innings and how long pitchers are allowed to warm up for. Mound visits have been limited, as has a batter’s ability to leave the batter’s box.

All told, the message is clear: pick up the pace.

There is some belief with the pitch clock that the quickened pace increases the chance of injury to pitchers. Season-long data from a league that employed the clock in 2021 indicates that this is not the case; pitchers weren’t throwing as hard pitch-to-pitch because they ran the risk of not giving the arm enough time to recover.

Some prospects also noted that quicker games meant that they were home and in bed earlier than they had been before the clock. Over the course of a season, getting sufficient rest is crucial to a player’s performance.

The pitch clock’s effects are not limited solely to the pitcher and the batter. A countdown for each pitch, combined with attempts to limit pitcher step-offs, gives base runners a good sense of how to time steals. If the clock is low in the count and a pitcher has already used their pick-off attempts, a runner knows how long they have before a pitch must be delivered.

The MLB is also planning to increase the base sizes, adding about 1.25 inches on each side. On close calls, those additional inches can make the difference between safe and out, encouraging runners to be a little bit more daring on the base paths.

Knowing that there’s a clock and seeing a pitcher not deliver to home could also rattle batters or runners waiting on a pitch. Switching up the timing between pitches can throw the batting team off of a rhythm; they need to be ready for both rapid-fire and intermittent pitching.

Also coming in 2023: a limitation on shifts. Teams will be allowed to position no more than two players on one side of second base. Some of the greatest pull hitters of the last baseball generation consistently batted against a shift and it would be understandable if this change upset some fans.

Those players still got their hits against defenses designed specifically to stop them; limiting the shift will, in theory, allow for more pull hitters to rack up shallow outfield hits.

How many more hits would someone like David Ortiz or Jim Thome have had if they hadn’t been batting against the shift? Hard to say; both are Hall-of-Famers in spite of the defenses they saw. Look at a team like the 2022 Yankees, with a number of notable shift hitters in their line up. Are you telling me they could be hitting even better next year? I shudder at the thought.

Two more potential changes are in the works further down the road: a maximum depth for outfielders and an automated ball and strike system.

Research has shown that shallow outfield play results in more doubles and triples; limiting an outfield depth would increase instances of those hits, which in turn would drive in more runs. It’s hard to say how this might be enforced but the change falls in with others focused on increasing offense around the league.

The automated “umpire” system, currently in use in some aspects of AAA baseball, is designed to tamp down controversy surrounding human umpires, whose missed calls are coming under increased scrutiny.

While removing umpires from the equation becomes remarkably tough (who becomes responsible for calling runners safe vs. out, or ejections for dangerous play?), the aim seems to be towards fairness. Having a set idea of what would lead to a strike or a ball helps both pitchers and batters play their game with more consistency.

In all, the proposed and ready-to-be-implemented rule changes look to boost offense and pace-of-play. Putting the ball in play is a key part of these rules; consistent, strong hitters will become even more valuable to a team. Fielders who can blanket the outfield and infield without the added benefit of a shift will be at a premium.

These skills can and should be enhanced via training; a MaxBP machine prioritizes consistent contact and can be set to pitch in different intervals so as to mimic a pitch clock. Frost Gear allows athletes to get outside year-round and stay ahead of the curve in all aspects of the game.

Athletic fielders and placement hitters will be immensely valuable to teams going forward. Do what you can to make yourself indispensable; practice for the rule changes and exploit them as much as you can. Be the master of your baseball future.

This week both a bench coach and an MLB manager were ejected early in a game on an innocuous first...
Read More

How Nationals’ Phenom Juan Soto Adjusts in a Two-Strike Count

Amidst the madness that was Game 6 of the 2019 World Series last night, Fox broadcaster John Smoltz...
Read More

Tried and True: One College Player's Experience with MaxBP

"I watched helplessly from the first base coaches box and could see the pain, frustration, and...
Read More