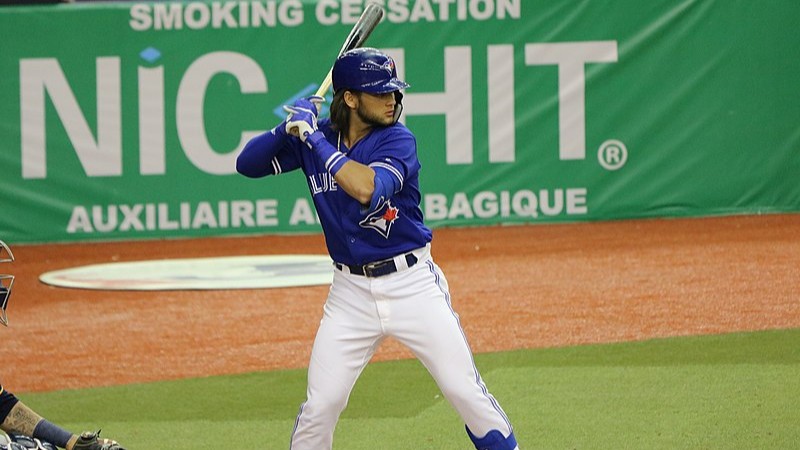 New look Jays are all about the "VELO"

The Toronto Blue Jays have a new look these days. Gone are the mainstays of yesteryear as the Jays have opted to go with a youth movement and a different approach in their game preparation.

It wasn't long ago that Toronto was on the door step of baseball's biggest stage, advancing to the ALCS in 2015 and 2016; however, those championship aspirations, led by their offensive juggernaut, never came to fruition. So, like teams in professional sports often do, the Jays have opted for a new plan of attack.

Baseball enthusiasts across the board are familiar with the traditional form of BP. A coach standing behind an L-screen, throwing 60 MPH from about 40 feet. It's an awe inspiring experience for the fans scattered throughout the stands in Major League ballparks, watching one white pearl after another sail into the cheap seats. But more importantly, is this quality practice for the hitters? Is taking batting practice from shorter distances at slower speeds really the best preparation available? The Toronto Blue Jays think not, because they're all about the "VELO" aka Velocity!

The Blue Jays brass incorporated a new batting practice technique recently, and it's an approach that is sure to get the attention of the other 29 teams in the big leagues. They are using younger, harder throwing former professional players to replicate a true MLB at-bat. In theory, these pitchers (who still throw gas and nasty breaking balls) will have the Blue Jays better prepared for the "stuff" they will see in the game, because they're getting more repetition through realistic competition. Say that, three times.

It's a simple concept really. In fact, the Blue Jays aren't even the first team to embrace this notion of high intensity batting practice. Baseball clubs in Japan have been practicing this way for quite some time, and even at the Major League level, Livan Hernandez was hired to pitch batting practice to the Nationals in 2014; however, there is an underlying issue for those athletes not employed by Major League Baseball - not everybody has a former professional ballplayer lying around.

Enter stage left, MaxBP! MaxBP Machines features velocity capable of emulating even the most imposing heater. Imagine having Justin Verlander in your backyard, down at the park or in your garage - except he looks like a bucket and throws golf sized wiffle balls. Want to simulate an experience with Clayton Kershaw's breaking ball? Flip the switch and swing away.

In the unlikely event that a former major league pitcher knocks on your door and offers to throw you batting practice 24/7, then by all means, go for it! But, until that day arrives, MaxBP is your best bet. Follow the trend being set by the best baseball players in the world, more realistic batting practice with higher "VELO" and sharper breaking stuff.

There are many things about baseball that I really appreciate, and like most lifelong fans, quite a...
Read More

The role the eyes play in hitting a baseball is instrumental to a player’s success. Athletes who...
Read More

Simulating the Velocity of Mets’ Legend Sidd Finch on a MaxBP

On April 1, 1985, Sports Illustrated featured an article in their magazine titled, “The Curious...
Read More