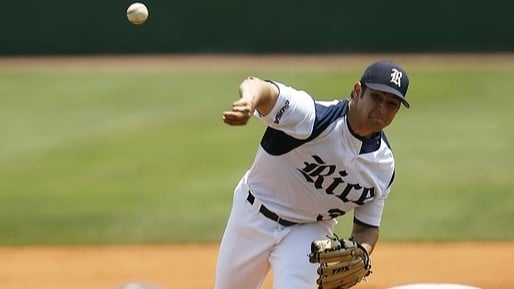 Misconception - Look at the "Top Half" of the Ball

The concept of trying to hit the “top half” of the ball is a commonly endorsed hitting strategy throughout baseball and softball. Is this a way of encouraging a player to stay on top of the ball? Will this prevent a hitter from fouling back a fastball? Does this produce more line drives? Like many misconceptions this notion is too vague, and although it could work for a certain player with a particular flaw, it isn’t a cure all for struggling hitters.

Some youth and prep coaches may encourage their athletes to adopt this method, particularly when developing hitters move up a level. The reasoning behind this method? When a hitter faces faster pitching, the increased velocity doesn’t feature as much sink - the effects of gravity. Therefore, at the moment a hitter makes the decision to swing, his previously developed swing path notion will be aimed under the ball. So just aim for the top half, right? Problem solved? Not that simple, and definitely not a sustainable approach.

There are many different reasons why a hitter might swing under a pitch, it could be a physical flaw, a visual issue or a poor mental approach; however, the baseball swing is a complex thing, and every hitter has their strengths and weaknesses. Aiming for the “top half” of the ball could be an effective cue for inexperienced players who have a tough time hitting a high fastball, but this is not a strategy used by world class hitters.

The best hitters on the planet don’t look at half of the ball, whether that be the top or bottom, they are focused on the entire ball and aim for the dead center of it. This ability to see the entire object (and the best ones can even see the spin on the ball) only comes from diligent training. Okay, it helps if you have 20/10 vision like Ted Williams, but even the most gifted hitters need a solid work ethic to succeed.

For those athletes willing to develop their skills by training their eyes, bodies and minds - the game will be slowed down and the baseball (or softball) will look like an ‘entire” beach ball - not half of it. This is the state commonly referred to as “the zone,” and anyone who has experienced this unequivocal athletic bliss would agree, it’s worth the effort.

Misconception - Athletes are Born, Not Bred

As families around the world wrap up their holiday festivities, many of us are left with a bunch of...
Read More