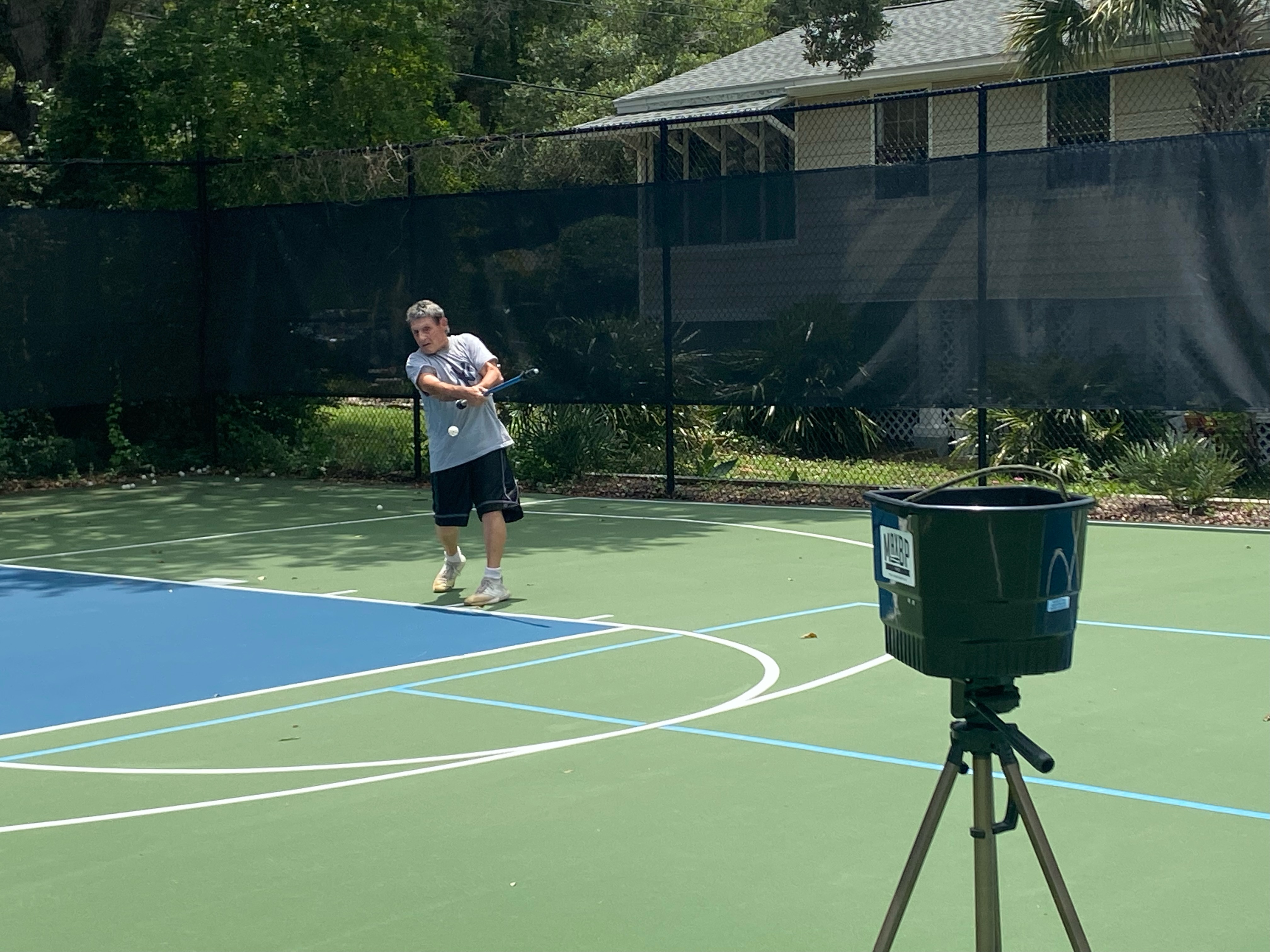 Satchel Paige, when asked about his age during his MLB debut at 42 years old, borrowed from Mark Twain when he shot back, “How old would you be if you didn’t know how old you were? Age is a question of mind over matter. If you don’t mind, it don’t matter.”

Paige played competitive baseball for more than 40 years, proving his point time and again that age can simply be a number.

At 73 years old, Alex DiMuro of South Carolina falls in the Paige school of thinking. DiMuro, also known as Pops, has been playing baseball since he was in high school and still has a spot in the order alongside teammates who are nearly half his age. 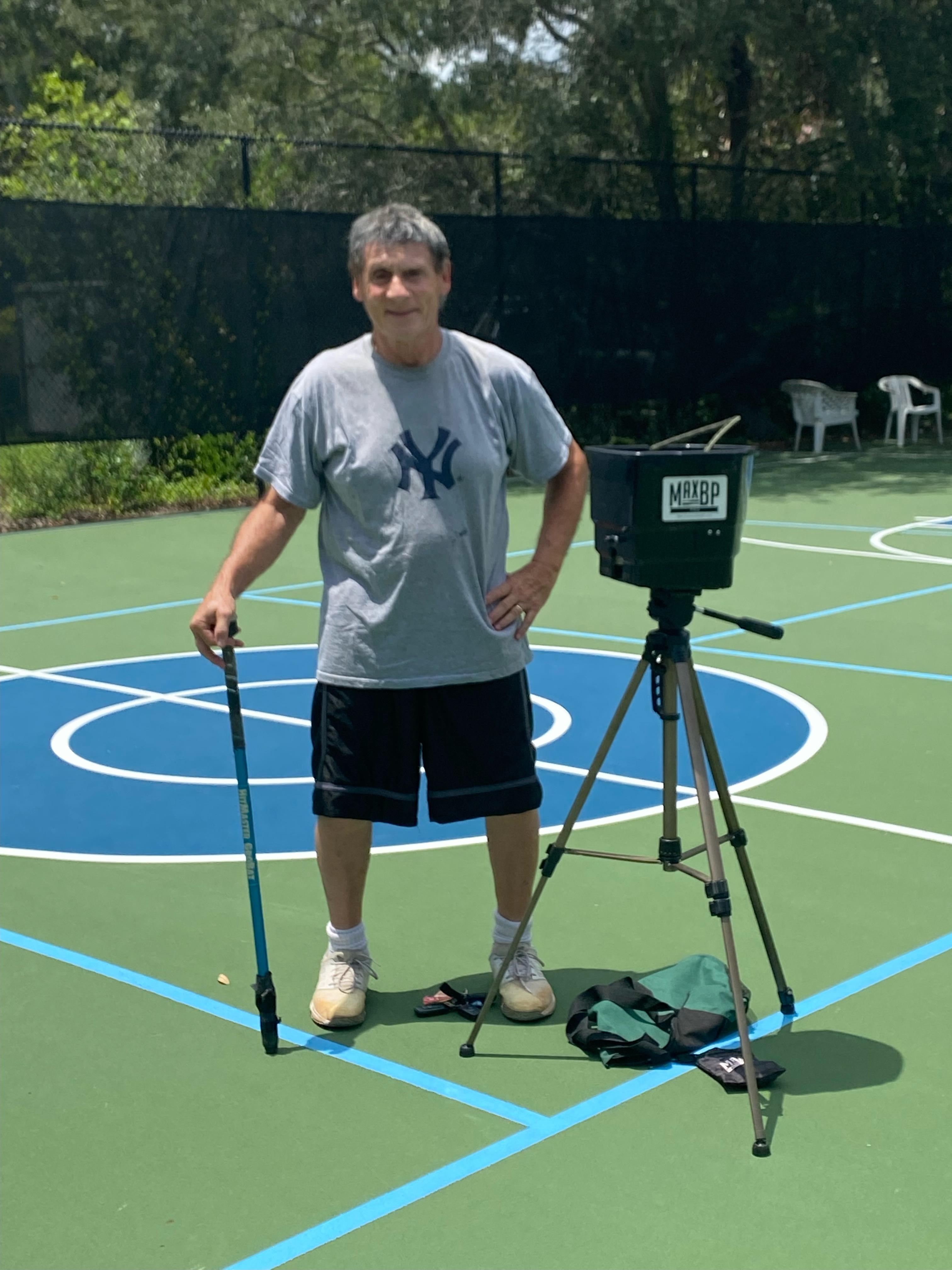 DiMuro started out as a left fielder, making an all-county team at the position in 1966 before switching to catcher while playing at Houghton College in upstate New York.

After college, DiMuro joined the Air Force and played ball for his base team in England during the 1980’s, competing against teams from other US Air Force bases in Europe. During that time, he switched to second base as the team “had a really, really good catcher.”

Post-Air Force, he continued playing in adult leagues, first in Tallahassee, Florida, and then closer to his roots in Rochester, NY. In Rochester, DiMuro picked up fast-pitch softball in his 60s and joined a few 19+ leagues in addition to baseball.

Four years ago, he relocated to Charleston, SC and wasted no time joining the local adult baseball league.

When asked about what’s changed about the sport in the 50-odd years he’s been playing, DiMuro said, “The only thing that's changed is I keep getting older, and I keep playing against younger people.”

“I want to play until just before I hurt a team that I'm playing on,” he continued, “Then, it's time to hang up the spikes.”

DiMuro plays in an over-37 league in the spring and an over-35 league in the fall. “I’m by far the oldest player in the league by almost double,” he said, “But I’m still competitive.”

“When I come up to bat,” he continued, “I don't hit the batting average that I used to, but I still maintain a fairly good on-base percentage (OBP).” A key component of that OBP is DiMuro’s sense of the strike zone and ability to extend at-bats; in his most recent season, he recorded zero strikeouts and walked six times.

So what’s DiMuro’s secret to playing for so long?

“I attribute it to MaxBP,” DiMuro said, “I get out there every day when it’s ball season.” He pointed to the small-sized wiffle balls and the skinny BetterBat as standout training aids from the system.

“When I first started using MaxBP a number of years ago, I would swing at everything,” DiMuro said, “and I found out that was bad.” He started practicing his strike zone identification and stressed not swinging at pitches outside of the zone.

“Now when I swing the bat, I normally foul off a pitch unless I hit it some place,” he said.

DiMuro’s innovation: hold onto cracked wiffle balls. “They come out as changeups, they come out as curves” he said, adding “without having to change the setting on MaxBP.” He also practices ignoring some pitches in favor of others that are more likely to convert into a hit

Being 73 in a young league is still no easy feat: “I hit two line-drive base hits up the middle to center field and got thrown out at first twice,” he admitted, adding with a laugh, “I just need to have MaxBP come up with some device to speed up my 73 year-old legs”

He also uses MaxBP in a tennis court, which provides a corral/batting cage to keep balls from flying too far.

In order to stay in baseball shape, DiMuro does some form of daily workout, using elliptical and rowing machines as well as resistance bands to maintain cardio and flexibility. He also estimated that he trains with MaxBP nearly every day in the lead up to his baseball season. Catching doesn’t seem to have taken the toll one might expect either: “My knees are fantastic,” DiMuro said, “better than I deserve them to be.”

“At my age, you have [to work out every day] because if you stop, you're done. And I’m competitive, I love to play,” said DiMuro.

If you really want to impress your coaches and teammates, be the player who packs a sledgehammer in...
Read More

LOUISVILLE, Ky. - The NFCA is excited to announce MaxBP as its newest Official Sponsor. Signing a...
Read More