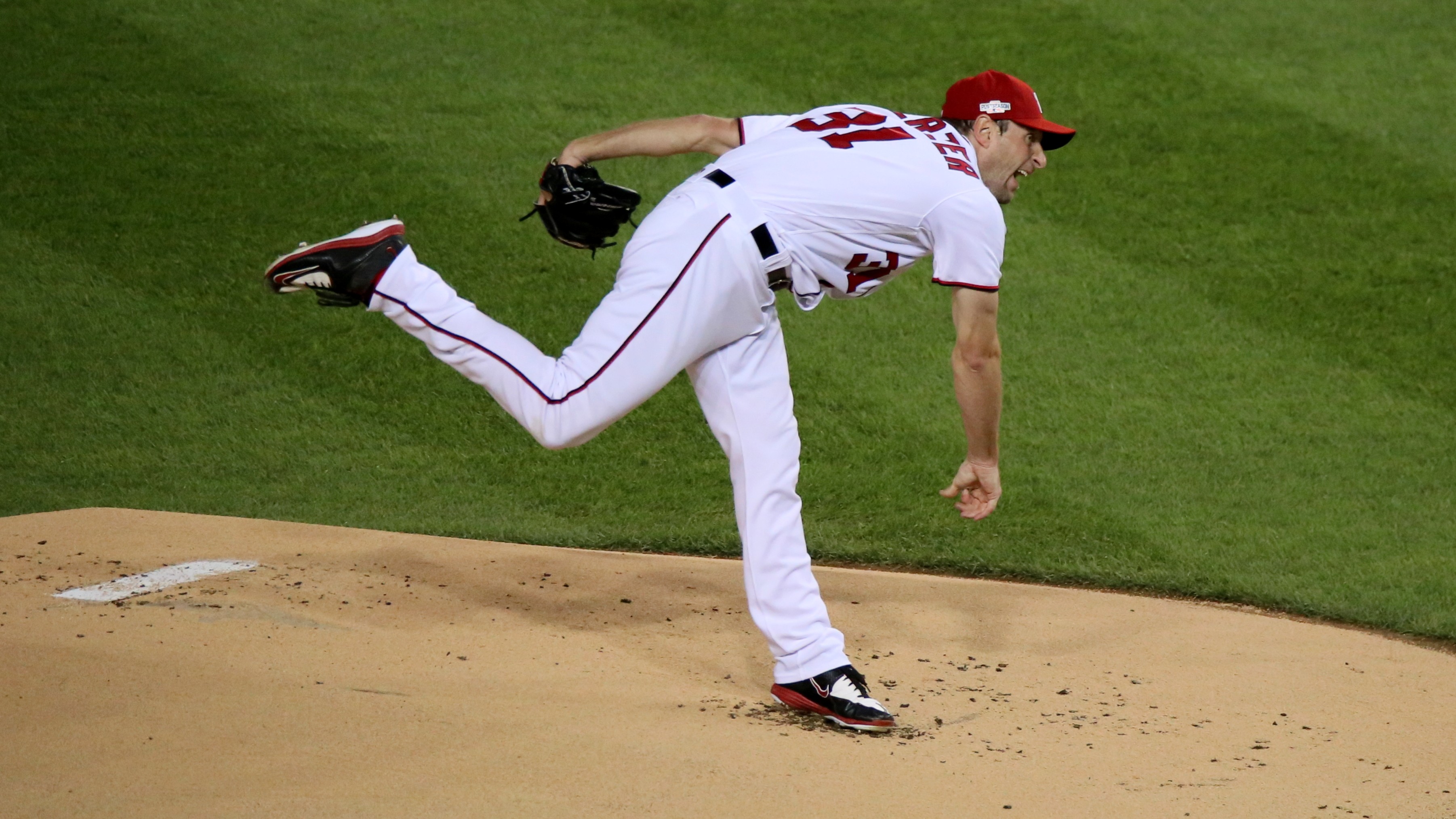 As the calendar flips to October, baseball fans everywhere can go about their day with a smile on their face and a little extra pep in their step - Playoff Baseball has arrived.

There is nothing better than watching your favorite team in the postseason, hanging on every critical moment, hoping that a positive result will lead to more opportunities of agony or bliss. But, even for those of us without a “dog in the race,” October baseball presents a breath of fresh air, because the games actually means something again.

Major League Baseball kicked off its postseason in style last night, with the NL Wild Card game between the Milwaukee Brewers and the Washington Nationals in the Nation’s Capital. In classic playoff style, the game was a hard fought battle that came down to several key moments. In the end, the Washington Nationals made the most of those opportunities, advancing to the National League Division Series with a 4-3 victory.

Let’s take a look at three key moments in the NL Wild Card game and how those plays can be simulated on a MaxBP Pro Machine:

The Brewers wasted no time in their efforts to jump on Nationals ace Max Scherzer, as leadoff hitter Trent Grisham drew a 3-2 walk, setting the table for Yasmani Grandal. Grandal was aggressive on the first pitch he saw from the three-time Cy Young Award winner, driving a 98 MPH four-seam fastball over the right field wall for a home run and a 2-0 Brewers lead.

In the second inning, Milwaukee added to their early lead on a solo home run to centerfield by Eric Thames. The big fly came on a 1-0 curveball by Max Scherzer, a ball Thames waited on beautifully before depositing it over the fence.

To recreate a 83 MPH curveball from a right-handed hitter on a MaxBP Pro Machine, stand approximately 25 feet from the machine and configure the settings to righty curve and curve. Then practice staying back on the ball and driving it with authority just like Thames did in his clutch moment.

With the Brewers clinging to a 3-1 lead in the bottom of the 8th Inning, Washington phenom Juan Soto stepped up to the plate against Milwaukee left-hander Josh Hader with the bases loaded and two outs.

In the type of moment every aspiring ballplayer dreams of - Soto delivered the big hit - hitting a line drive single to right field on a 95 MPH fastball from Hader.

To simulate a 95 MPH fastball from a left-handed pitcher, stand 30 feet from the MaxBP and configure the machine to a high + turbo setting. At this point a developing hitter can practice recreating their own iconic moment countless times in the comfort of their own backyard or garage.

It seems to happen every October, some poor player commits an error in the field that ends up costing his team the game. This cruel twist of fate has happened to some great players over the years, All-Star caliber athletes - guys like Bill Buckner, Leon Durham, Chuck Knoblauch and Alex Gonzalez.

My own agonizing experience as a fan was watching Jose Cruz Jr., a player who played impeccable outfield for the Giants in 2003, drop a “can of corn” in the 11th inning of game three against the Florida Marlins in the Division Series. The blunder allowed the leadoff hitter to reach base, and aided the Marlins’ effort in a 4-3 come from behind victory.

Unfortunately, there was another heartbreaking moment in last night’s NL Wild Card game. When Washington’s Juan Soto delivered a bases loaded, two-out base hit to right field, it was certain that one run would score and possibly two runs to tie the game; however, when Milwaukee right-fielder Trent Grisham misplayed the ball, it allowed all three base runners to score, giving the Nationals a 4-3 lead in the process.

For Grisham and Brew Crew faithful everywhere, the mishap proved to be too much to overcome, as Milwaukee lost the game by the 4-3 margin. It’s tough to say what causes an athlete to falter in a moment like this. Nerves? The pressure of the spotlight? One thing for certain is the more an athlete practices a certain skill, the more likely they are to incorporate muscle memory and perform successfully.

In Grisham’s case, it appeared that he was rushing to the baseball, to get off a throw to the plate, in doing so he took a costly poor angle to the ball. Like most instances in sports, this is a play that can be practiced and perfected.

To recreate fielding Juan Soto’s line drive base hit, a player should be practicing on a hard, flat surface (dirt, pavement, gymnasium floor, etc.). This will allow the athlete to simulate the experience of taking the proper angle and cleanly fielding a hard hit ball. The machine should be set approximately 30 feet from the player and configured on a high, turbo and super setting to simulate a 100+ MPH exit velocity.

Sometimes a routine play becomes anything but normal with the game on the line. By simulating a variety of plays on the offensive and defensive side of the ball, athletes give themselves the best opportunity to succeed with proper form and muscle memory.

The 2019 Hall of Fame of Class - Legends, Longevity and Popularity

A new group of ballplayers were enshrined into the Major League Baseball Hall of Fame. An...
Read More

On Tuesday night, a Yastrzemski roamed the outfield at Fenway Park for the first time since October...
Read More