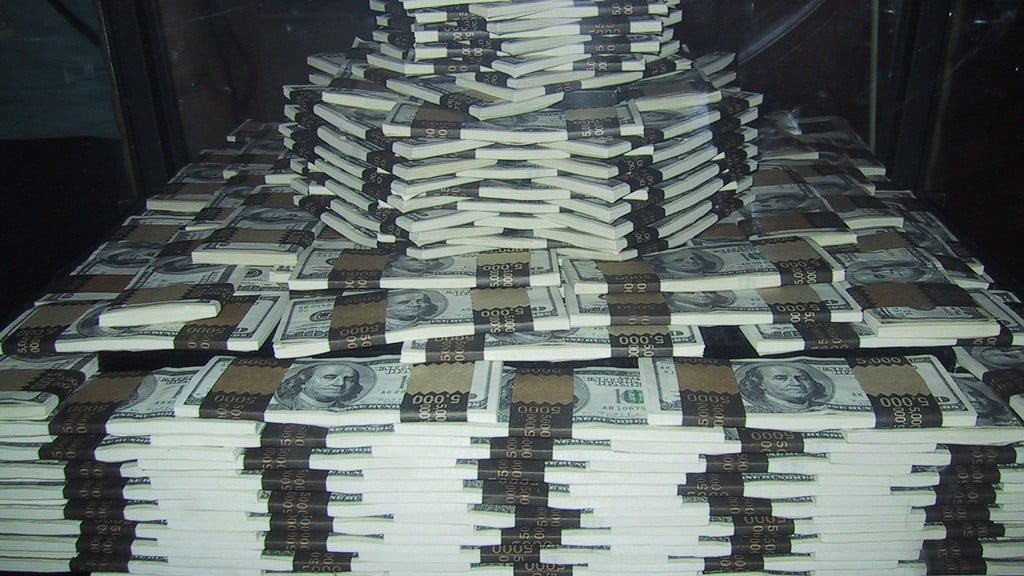 How Vladimir Guerrero Jr. Missed out on the $1 Million Prize

Vladimir Guerrero Jr. put on the most impressive display in the history of Major League Baseball’s Home Run Derby on Monday Night. He was the talk of the event. He broke every record imaginable. So why didn’t he win? Where did Vlady Jr. go wrong?

As I watched Guerrero Jr. swing his way into the record books with a 29 home run first round, I was equally impressed and worried about the slugger’s fate in the event.

“I hope he doesn’t pull a Josh Hamilton,” I texted my boss, Coach Neil (the two of us had projected a Guerrero Jr. victory earlier in the day).

In 2008 HR Derby at Yankee Stadium, Hamilton hit a then-record 28 home runs in a single round. Before infamously failing to win the event - likely due to fatigue. He exuded so much energy in his trek to the finals that he was out of gas when it mattered most. Who won that 2008 event? I honestly can’t tell you without looking it up (Justin Morneau of the Twins for the record).

Those of us fortunate enough to witness Guerrero Jr.’s performance in the 2019 event, left with a similar feeling. Unfulfilled. Sure Pete Alonso was great, but Guerrero hit 91 home runs! He stole the show! So why didn’t he win the home run derby and take home the $1 Million?

It all starts with that first round. Guerrero being the young and inexperienced competitor that he is, wanted to make a statement. And he most certainly did. From Guerrero’s initial couple of swings he was the talk of the event, sending one majestic shot after another into the Cleveland night. When ESPN played the slow motion replay of Guerrero’s swing it was picture perfect. The young slugger was exceptional at letting the ball get deep in the zone before … BOOM! His swing was the epitome of patience and explosiveness. Guerrero finished with 29 home runs.

“I’m going to hit 30 in the next round,” the 20-year-old Canadian-Dominican native said through a translator following the first round.

The second round was more of the same for Guerrero, but he didn’t hit 30 home runs like he projected. He hit 40! However, Guerrero’s 3-OT victory over Joc Pederson of the Dodgers came with a huge price ($1 million to be exact).

Guerrero may have prevailed in the second round match-up, but as the marathon continued, there was a noticeable difference in Guerrero Jr.’s swing. His once patient and explosive approach had transformed into a “leaking” and “cheating” attack. Instead of letting the ball come to him, Guerrero was increasingly hitting the ball out in front of the plate. This led to Guerrero hooking a number of baseballs into foul territory and a substantial decrease in power. Balls that were leaving the park with ease earlier in the event were suddenly falling short.

This fatigue inevitably played a major factor in Guerrero Jr.’s final round performance, where he still hit 22 home runs, but suddenly didn’t seem unbeatable. Alonso took advantage of the attainable number by hitting 23 home runs, and claiming the title, the trophy and the cash.

So what can Little Leaguers, Major Leaguers and everyone in between learn from Josh Hamilton and Vladimir Guerrero (besides pacing yourself in the HR Derby if possible). Stamina is a critical factor on the diamond! Whether it be a young ballplayer competing in multiple games throughout a weekend or a Major League Superstar competing in the Home Run Derby, athletes who are physically fit and conditioned well have a distinct advantage.

Now that’s not to say that Vladimir Guerrero or the other derby participants aren’t finely tuned athletic machines; however, there is always room for improvement and better preparation. One of the best ways for a ballplayer to get physically fit and to condition their swing is to practice with MaxBP. The small ball, reaction training approach of MaxBP pitching machines provide an athlete with unlimited rounds of batting practice at various pitch speeds, types and feeder speeds.

So the next time a slugger hits an astronomical amount of home runs early in the home run derby, ask yourself this question, “Is this athlete going to pull a Josh Hamilton/Vladimir Guerrero Jr.? Or have they been conditioning with a MaxBP?”

Tags: HR Derby
Back to Blog

This week both a bench coach and an MLB manager were ejected early in a game on an innocuous first...
Read More

Beat the Streak with MaxBP

Back on August 3, I began my improbable run at a hallowed American sports record - Joe DiMaggio's...
Read More

Play for the Future

Last season, the MLB strikeout rate was 23.2%; nearly 1 in every 4 batters were striking out over...
Read More