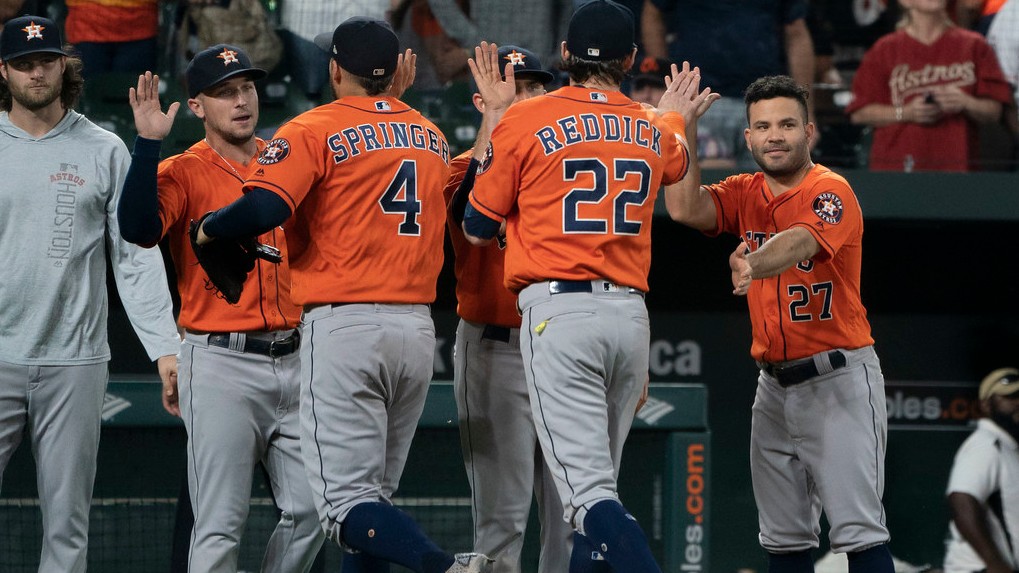 Five Winners of the 2019 Trade Deadline

San Diego Padres - The Padres unloaded a talented power hitter in Franmil Reyes for a prospect with tremendous upside in outfielder Taylor Trammell. This works out especially well for the Padres because Reyes is better suited to play in the American League as a designated hitter and it opens up at-bats for former All-Star Wil Myers.

Cincinnati Reds - Cincinnati’s starting pitching looks amazing on paper with the addition of Trevor Bauer. If the Reds can manage to stay healthy, the 2020 season might be a promising one with a rotation featuring Bauer, Luis Castillo, Sonny Gray and Alex Wood. Cincinnati has been aiming to put a quality rotation together for some time and things are starting to look up for a team with impressive young sluggers Nick Senzel, Eugenio Suarez and Aristides Aquino.

Tampa Bay Rays - With a string of injuries hindering Tampa Bay’s pitching staff, the Rays are hanging on for dear life to their playoff hopes. The acquisitions of Trevor Richards and Nick Anderson could pay huge dividends for Tampa Bay, as they patiently await the return of Blake Snell and their other mainstay hurlers.

It seems like every summer the Indians churn out an All-Star caliber pitch like they are pulling catfish out of Lake Erie. The hitting on the other hand, has been another story. The Indians rank 20th in MLB for runs scored and 18th in OPS, despite the talent of Francisco Lindor, Jose Ramirez and Carlos Santana.

To remedy these offensive shortcomings, Cleveland acquired power hitters Yasiel Puig and Franmil Reyes at the trade deadline. So far, so good for Cleveland. They have won seven of their nine games since the deadline, despite the fact that Puig and Reyes have only combined for three extra base hits (all doubles) in a combined 53 at-bats with Cleveland. Regardless, the Indians find themselves with a 3.5 game stranglehold on the American League’s #1 Wild Card.

The Arizona Diamondbacks are winners because of addition and subtraction. By trading Zack Greinke they save approximately $53 Million in salary the next two seasons (the Astors agreed to pay ⅔ of Greinke’s remaining contract). Getting that number off the books will give the Diamondbacks some options they didn’t previously have and the freedom to sail in a different direction.

Arizona was also able to replenish their farm system with some solid prospects in the Greinke trade, acquiring the Astros’ third, fourth and fifth rated prospects (1B Seth Beer, RHP J.B. Bukauskas and RHP Corbin Martin). The Diamondbacks have played well since the trade deadline. Their offense is starting to click and they still have solid pitching depth with veteran Robbie Ray, along with the addition of a young starter, Zach Gallen (Miami) and a veteran, Mike Leake (Seattle).

Just when it seemed as though the Cubs were going to nestle into hibernation, they picked up a spark-plug in Nick Castellanos of the Detroit Tigers and now they’re off and running. Since acquiring Castellanos, the Cubs have reeled off a 7-3 record and taken control of the National League Central.

Upon his arrival to the friendly confines of Wrigley Field, Castellanos has hammered six doubles and a home run, while recording a .376 batting average. It seems the Davie, Florida native is making himself at home in the meat of a stacked Cubs’ lineup already featuring Javier Baez, Kris Bryant and Anthony Rizzo.

By holding on to all the pieces of their star studded pitching staff, and acquiring Marcus Stroman from the Blue Jays, the Mets find themselves as big winners. Since the deadline passed and the decision was officially made to add rather than subtract, the New York Mets have responded by being the hottest team in Major League Baseball.

In winning 9 out of 10 games and six consecutively, the suddenly dangerous Mets find themselves knocking on the doorstep of a National League Wild Card berth. If the team from Queens does qualify for October, nobody will want to face a playoff rotation of Jacob deGrom, Noah Syndergaard, Zack Wheeler and Stroman.

The Astros made the biggest splash at the 2019 trade deadline by adding Zach Greinke to their rotation. This move alone makes the Astros the favorite to win the 2019 World Series.

In a more under the radar move, the Astors also plucked former Toronto ace Aaron Sanchez from the Blue Jays. What did Sanchez do in his first start with Houston? He pitched a modest six innings of no-hit ball, his contribution to a team no-hitter for the Astros. The addition of the two veteran right-handers leaves the Astors with an impressive starting rotation of Justin Verlander, Geritt Cole, Greinke, Wade Miley and Sanchez.

After seeing what the Astros’ have done with recent reclamation projects Verlander and Cole, and considering Sanchez’s historic first start, rival general managers might want to think twice before trading with Houston GM Jeff Luhnow. Or at the very least, opposing GM's should take a long hard look at who they're turning the page on.

The cherry on top for Luhnow and the Astros? Houston didn’t have to part ways with either of their top two prospects - outfielder Kyle Tucker and pitcher Forrest Whitley. Oh yeah, and the Diamondbacks are still paying ⅓ of Greinke’s salary, which equates to approximately $24 Million. Houston, you may not have a problem, after all.

Check out the "Five Losers of the 2019 Trade Deadline"

Farewell to a Legend? An Unforgettable Evening at Oracle Park

Throughout the course of the 2019 season the San Francisco Giants and their loyal following have...
Read More

Five Losers of the 2019 Trade Deadline

As I mentioned yesterday in my analysis of the "Five Winners of the 2019 Trade Deadline" it...
Read More

A lot has been made out of what makes MaxBP a difference making batting practice tool, and for good...
Read More