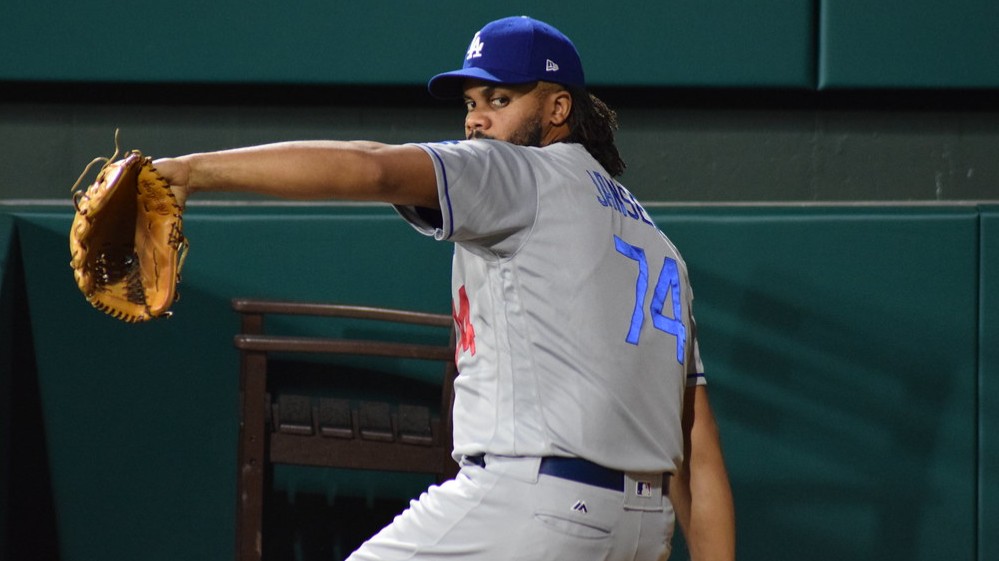 Five Losers of the 2019 Trade Deadline

Milwaukee Brewers - The Milwaukee Brewers current standing is a ½ game lead in the #2 National League Wild Card slot and a mere 2.5 game deficit to the Chicago Cubs in the NL Central. However, they are 5-5 since the trade deadline. Furthermore, Milwaukee may have been fleeced in their deal with the San Francisco Giants.

In the trade, the Giants sent pitcher’s Drew Pomeranz (2-9, 5.44 ERA) and Ray Black (5.16 ERA, 32 baserunners in 22 IP in AAA) to the Brewers in exchange for middle infielder Mauricio Dubon. According to MLB.com, Dubon was the Brewers’ third-ranked prospect and has recorded a .291/16/47 stat line in AAA this season.

Boston Red Sox - After winning the 2018 World Series, the Boston Red Sox have struggled to find a similar rhythm during the 2019 season. Although the Red Sox have been inconsistent in all areas of their game, arguably their biggest Achilles heel has been their bullpen.

If the Red Sox were going to make a run at the 2019 crown they should have shored up their bullpen for a stretch run. Somebody like Raisel Iglesias, Shane Greene, Mark Melancon, Felipe Vazquez or Alex Colome would have made sense; however, with one of the most depleted farm systems in all of baseball - Boston wasn’t able to make any significant acquisitions.

Speaking of teams who hit the cover off the ball, the Minnesota Twins are having a magical season and currently lead MLB in home runs and OPS. Although most experts didn’t see this Twins run coming, they have been one of the most fascinating stories of the 2019 season. Led by their potent offense and a starting rotation featuring Jose Berrios, Jake Odorizzi, Kyle Gibson and Michael Pineda, the Twins have a chance to make some noise in October.

Despite being tied with the Cleveland Indians atop the American League Central at 70-46, the Minnesota bullpen has been rather pedestrian, posting a 4.43 ERA on the season. To solidify the pen the Twins completed a last minute deal with San Francisco for veteran right-hander Sam Dyson in exchange for Minnesota prospects Jaylin Davis (OF), Prelander Berroa (RHP) and Kai-Wei Teng (RHP).

The trade could prove costly to the Twins for several reasons. Since joining the Giants’ Triple-A affiliate in Sacramento, Davis has a .478 batting average and 1.456 OPS in 7 games. Granted, that’s a small sample size; however, if you combine that with his numbers at Triple-A Rochester, a .331 batting average and 1.112 OPS in 41 games - Davis looks legitimate. If they weren’t regretting the trade already, the issue was compounded when Dyson went to the IL after two unimpressive appearances (81.00 ERA).

When San Francisco entered the month of July they looked like sure fire sellers at the trade deadline. Then the Giants ripped off one of their best months in franchise history - a 19-6 record, which included a 7-0 record in extra inning games. Behind a keep "Madison Bumgarner rallying cry," the Giants found themselves in the mix for a NL Wild Card berth and earned the opportunity to give it one last hurrah by the bay. Sort of.

San Francisco General Manager Farhan Zaidi held on to the Giants’ two biggest trade chips - Bumgarner and Closer Will Smith, but traded away three pieces from their dynamic bullpen - Mark Melancon, Drew Pomeranz and Sam Dyson. Zaidi also acquired second baseman Scooter Gennett from the Cincinnati Reds, which meant that popular second baseman Joe Panik’s days were numbered. It was a busy and somewhat confusing trade deadline for the Giants, one that sent mixed signals to the Giants’ clubhouse and their fan base.

As the calendar flipped to August, the Giants have come back to earth, sputtering to a 3-7 record. To make matters worse, San Francisco’s schedule for the remainder of the season is stacked with postseason competition. GM Farhan Zaidi acquired several impressive prospects at the deadline, but in hindsight, he probably wishes he went full "sell mode."

Biggest disappointment: Not capitalizing in a seller's market when they had the chance

It’s crazy to think that the New York Yankees haven’t hoisted a World Series trophy in a decade. That wouldn’t be a significant amount of time for most teams, but for the Bronx Bombers that is an eternity. Most pundits see the 2019 season as a legitimate opportunity for the Yankees to end their championship drought; however, the Yankees have one glaring weakness - starting pitching.

Prior to the deadline there were whispers of various aces heading to NewYork to shore-up the Yankees’ rotation, but nothing came to fruition. Marcus Stroman was shipped to Queens and Zack Greinke was traded to Houston, while Madison Bumgarner, Noah Syndergaard, Mike Minor, Zack Wheeler, Matthew Boyd and Robbie Ray all stayed put.

Granted the Yankees’ farm system isn’t what it used to be and they likely didn’t want to part ways with elite prospect Clint Frazier, but it seems like the Yankees should have made a move. Then again, when you lead MLB in runs scored, maybe you don’t need elite starting pitching. Do the Yankees have enough arms to end their championship drought? We'll find out in October.

Throughout the season Atlanta has consistently been one of the best teams in the National League, as they currently have the second best record in the NL and own a 6.5 game lead in the NL East. With a star studded line-up featuring Ronald Acuna Jr. and Co., and deep starting rotation, the only weakness for the Braves this season has been their shaky bullpen.

The Braves have blown a total of 20 saves on the season, so in an attempt to shore up their relief corps, Atlanta traded for reliever Mark Melancon of the Giants (along with his $18 million salary) and closer Shane Greene of the Tigers. Most experts viewed Greene as the key acquisition, as the All-Star recorded 22 saves and a 1.18 ERA with the Detroit. The move was a costly one for Atlanta, as they included their #7 rated prospect, left-handed pitcher Joey Wentz in the deal.

It was announced that Melancon would get a shot to close games for the Braves in the immediate future; however, in Melancon's first save opportunity he allowed four earned runs and cost the Braves the game. Who will be closing for Atlanta next week is anybody's guess. Time will tell how the Mark Melancon and Shane Greene experiment will work out, but thus far, it looks like a bust.

The Dodgers are en route to their seventh consecutive NL West title, they have the best record in the National League at 77-41 and they have made two consecutive World Series appearances. And yet the management, players and fan base are all dissatisfied. Often times going to the big dance and coming up empty is more painful than not going at all, and so it goes for the Dodgers of the 2010’s.

In large part the Dodgers have failed to capture a championship because of their postseason pitching. Much like the Yankees in the American League, the Dodgers can put up crooked numbers with the best of them, but where they have struggled in the past is going toe-to-toe against a teams with deep, dominant pitching staffs.

Despite their impressive record and comfortable lead in the NL West, the Dodgers’ management and fan base alike were hopeful they could add some fire-power to their pitching staff, specifically another starter and an elite reliever. Unfortunately, the Dodgers came up empty on both accounts.

Apparently the Dodgers are hopeful that the usual suspects - Clayton Kershaw, Hyun-Jin Ryu, Walker Buehler, Rich Hill and Kenta Maeda in the rotation, along with Pedro Baez and Kenley Jansen in the late innings - will be able to deliver a championship this time around. Granted Buehler is a stud and he is a year older and wiser, but surely, Dodgers’ fans walked away disappointed when they didn’t come up with a shiny new toy for the postseason.

It's difficult to call the team with the best record in the National League the biggest loser, but if the Dodgers endure another disappointing October, they'll likely regret the moves they didn't make at the trade deadline.

(Check out the "Five Winners of the 2019 Trade Deadline")

As the clock winds down on the 2019 MLB Trade Deadline, general managers across the country are...
Read More

Five Winners of the 2019 Trade Deadline

It often takes years to identify the winners and losers of a trade, and it's been one week. But,...
Read More

At one point or another we all started playing the sport of our choice because we fell in love with...
Read More