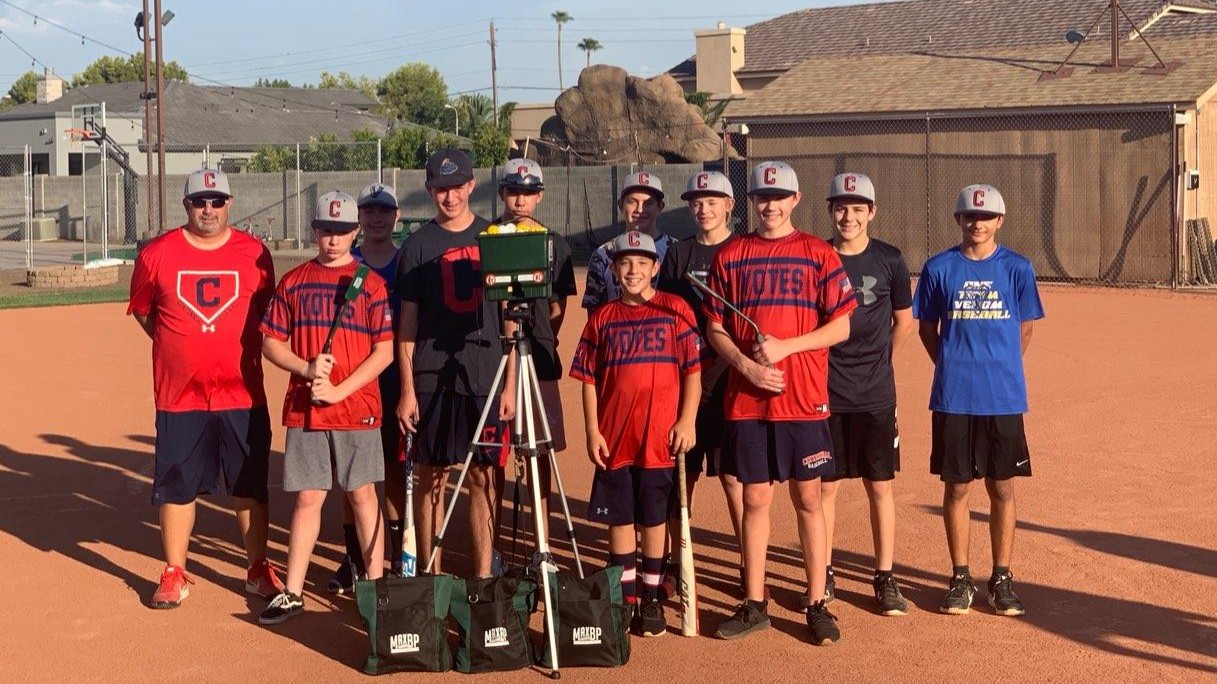 Sometimes Nate Denton has to pinch himself. Not only because he lives a blessed life with his wife Erin and their three children - Brandon (14), Brooke (11) and Patrick (8) - but also because of the passion in which his kids pursue their dreams on the diamond, specifically with their MaxBP reaction training. 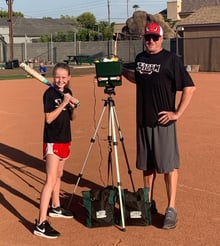 "It's really rewarding to see the enjoyment they get out of training with MaxBP and how much they have improved,"says Denton, a 43-year old partner at Edge RND, an IT consulting firm in Peoria, Arizona. "To see them focus on a goal and be self motivated is all a parent can ask for."

Denton didn't spend a whole lot of time on the diamond in his youth, he concentrated his athletic abilities on the football field as a linebacker (high school level) and on the basketball court as a combo guard (Glendale Community College); however, that's not to say that Denton didn't appreciate baseball. He played little league growing up and was a big fan of the Philadelphia Phillies' legend Mike Schmidt.

"My family was full of Phillies' fans, so (Mike) Schmidt was highly regarded growing up," says Denton with a laugh. "He was the reason I played third base."

As an adult, Denton has supported his local team the Arizona Diamondbacks, and admits that the 2001 World Series championship was his favorite baseball moment - so far. While the memories of Curt Schilling, Randy Johnson and Co. prevailing over the New York Yankees in that iconic World Series are undoubtedly engraved in Denton's mind, Denton's current favorite team is whichever squad his son Brandon or daughter Brooke is suiting up for. Patrick, Denton's youngest son, followed in his father's footsteps and is passionate about basketball, along with lacrosse.

Brandon and Brooke have both been involved in travel ball. Brooke will continue playing for the AZ Storm, for whom she bats lead-off and plays catcher and second base (as the youngest girl on the team). Brandon will begin high school ball this upcoming school year. He is an incoming freshman at Centennial High School in Peoria, AZ. The future poses a challenge for both young ballplayers; however, they feel well prepared with their training regimen, which includes a heavy dose of MaxBP.

According to Denton, Brandon and Brooke have been using MaxBP for the past six months and the results have been impressive.

"They have improved without a doubt," says Denton. "Their hitting the ball harder, more consistently and their hands are through the zone for a lot longer. "

Brandon and Brooke train with the MaxBP at home on a regular basis, but have also been able to share the experience with their teammates, because of MaxBP's convenient mobility.

"The machine is easy to use, the kids get tons of reps and you can take it anywhere," says Denton. "The kids love using it at practice and before games. They seem to enjoy it more than hitting a hardball."

Brooke's travel ball coach Jeff Decker, a former professional ballplayer, is a big supporter of MaxBP and uses the machine regularly with his athletes. Decker also uses the insider bat to train his pupils to "keep the bat in the zone as long as possible."

Denton credits Coach Decker for treating his pupils "not just as ballplayers, but as athletes." This has inspired the Denton family to follow Coach Decker's lead by including strength and conditioning, band drills and plyometric exercises into their training regimen. 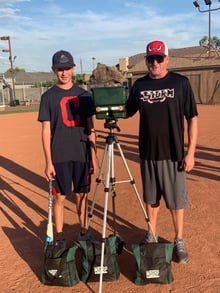 Brandon's future coach is Jon Williams, the new Centennial High School coach who formerly ran a club team, the Venom, in the Northwest part of the Phoenix Metropolitan area. Williams is also fond of MaxBP, he uses the machine to train hitters and catchers, and will have ample opportunity to do so in the spring. Denton recently donated a machine to the Centennial High School athletic department.

Centennial High School has traditionally been known as a football powerhouse, but with Williams at the helm and some great athletes on the horizon, the future looks bright for the Coyotes' baseball program.

As Brandon and Brooke continue to fine tune their games in preparation for the stiff competition that lies ahead, they will do so responsibly, both are A students; however, that doesn't mean they don't have lofty goals on the diamond. Both athletes look forward to suiting up for Centennial High School and if all goes well, maybe that will lead to an opportunity to play for their favorite college team, the Arizona State Sun Devils.

No matter what the future holds, Nate Denton is proud of his kids. He is confident that the hard work and sacrifice they are demonstrating now will pay dividends for years to come.

New look Jays are all about the "VELO"

The Toronto Blue Jays have a new look these days. Gone are the mainstays of yesteryear as the Jays...
Read More

Stayin' Alive! The Art of Fouling Off Pitches - with Brandon Belt

It was one of those beautiful moments in baseball - when all you could do was laugh. The...
Read More

The role the eyes play in hitting a baseball is instrumental to a player’s success. Athletes who...
Read More