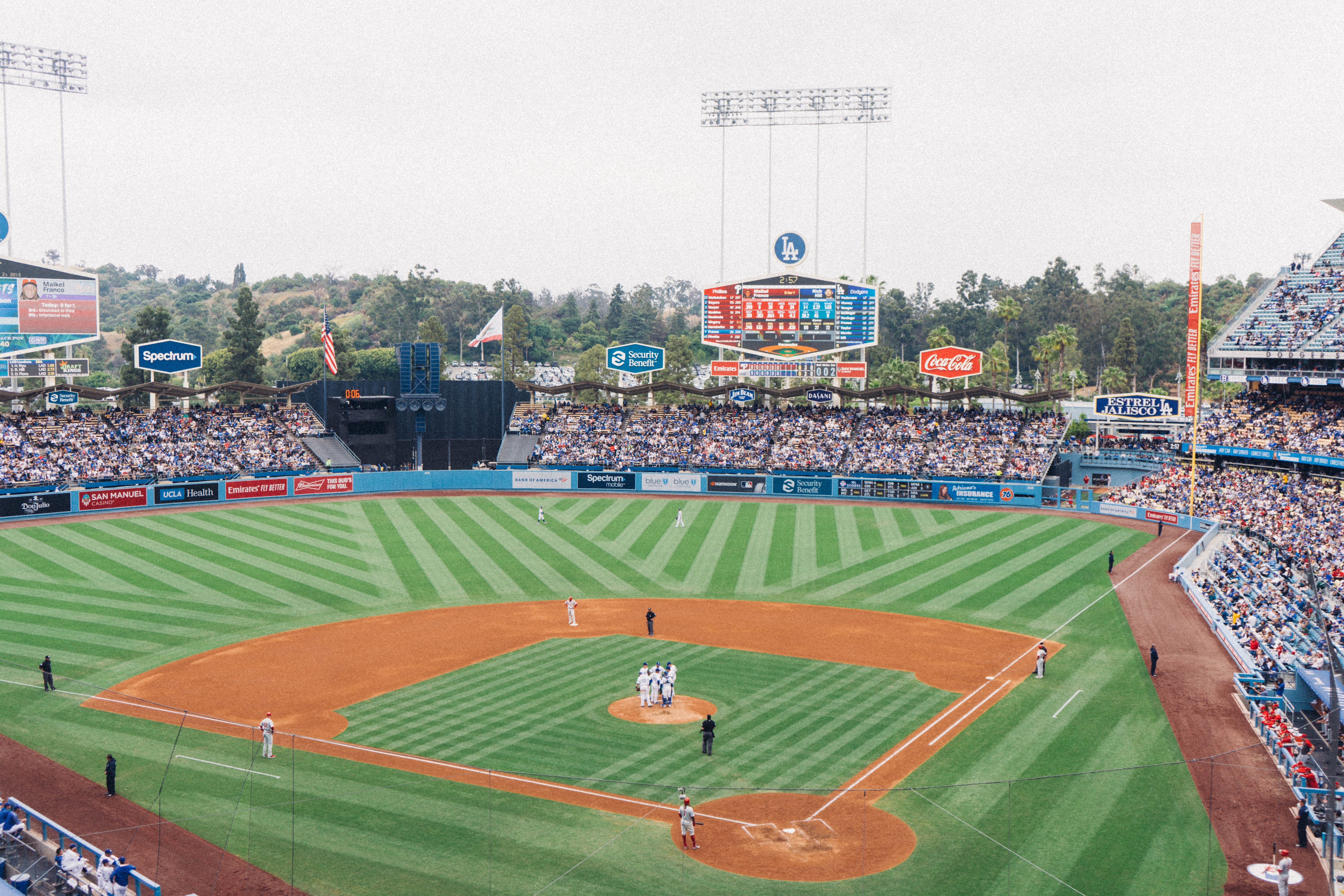 Philadelphia Phillies slugger Kyle Schwarber is one of the favorites in this year’s competition. Schwarber is second in Major League Baseball with 29 first half home runs and has some of the most impressive power in today’s game. Schwarber’s swing looks to take more effort than some of the other sluggers, which may be a hindrance in the later stages of the derby. However, this is round one, and St. Louis’ Albert Pujols is on the last legs of a legendary career.

Baseball fans across the country would be enthralled with a Pujols run in the 2022 Home Run Derby. This derby feels more like a swan song for an all-time great than a competitive match-up, and serves as an opportunity for baseball fans to give the future Hall of Famer a well- deserved ovation.

Who’s Hot, Who’s Not: Schwarber has been consistent with his power numbers of late, swatting 11 home runs in the last month, and six in the last two weeks. Pujols has experienced limited success with the long ball recently, hitting two home runs in 29 at-bats in the past two weeks. He did enjoy a home run celebration with fellow St. Louis icon, Nelly, after hitting his 685th career home run.

The Pick: Schwarber. As much as I’d love to see Pujols advance in the competition, father time is undefeated, and Schwarber is a beast.

Big-time opportunities have been few and far between in Washington for Juan Soto on the lowly Nationals. Despite the fact that he’s pitched around on a consistent basis, Soto has produced 19 home runs on the season. He’s still one of the most feared power hitters on the planet and has the swagger to succeed in a showcase like the Home Run Derby. Just last week, Soto rejected a $440 million contract extension. Now, the 23-year-old outfielder will aim to take home the hardware at Chavez Ravine. With the Nationals now accepting trade offers for the 23-year-old outfielder, perhaps Soto will be the next superstar to don a Dodgers uniform.

Despite being one of the best all-around players in today’s game, Cleveland’s Jose Ramirez is undoubtedly overshadowed by some of the contest’s marquee sluggers. Of the eight contestants, Ramirez has the seventh best odds of winning the Home Run Derby (+1600). That doesn’t mean that Ramirez is a stranger to the long ball: the 29-year-old slugged 36 home runs in 2021, and already contributed another 19 home runs this season.

Who’s Hot, Who’s Not: Soto has found a groove that few ballplayers can fathom in the past couple of weeks, smoking four home runs while batting .441. Ramirez has endured some difficulties with the long ball in the past month, hitting three home runs during that time.

The Pick: Ramirez. There’s a chance I could look pretty foolish on this pick. Soto is a generational talent. But, I’m going to follow my instincts and go with the upset. Maybe it’s the fact that Soto just turned down $440 million and could be distracted by all the noise surrounding his name.

The hero returns. It wasn’t long ago that Seager was leading the Dodgers to a title and earning MVP honors in the 2020 NLCS and World Series. However, when Los Angeles’ front office traded for Trea Turner last season, the writing was on the wall; Seager, a free agent-to-be, would sign elsewhere. That turned out to be Texas, where Seager agreed to a 10-year/$325 million contract to man shortstop for the Rangers. After settling for 16 dingers in last year’s campaign, Seager is off to a hot start in 2022, jacking 22 home runs in 341 plate appearances.

Baseball fans have been anticipating Julio Rodriguez’s arrival in the MLB since the Mariners signed him as an international free agent in 2017. Needless to say, the 21-year-old has not disappointed, hitting 16 home runs in his rookie campaign. Will the budding superstar provide a “Vladimir Guerrero-esque” breakout performance in Monday’s competition?

Who’s Hot, Who’s Not: Seager has been on a tear the past couple of weeks, hitting seven home runs in his past 49 at-bats. Rodriguez has been consistent with the long ball himself, contributing half of his home run total (8) in the past month.

The Pick: Seager. Anybody got a coin? This matchup is too close to call with any certainty, as suggested by the close betting odds. I will go with Seager because of his familiarity of the ballpark and experience in the limelight. Rodriguez will inevitably have his time, but some growing pains seem conceivable.

Is it time to consider Pete Alonso as the GOAT in the Home Run Derby? A third consecutive title would definitely place him in the conversation. When Alonso took home the hardware in last year’s competition at Coors Field, he became only the fourth player in MLB history to win the Home Run Derby multiple times. Alonso joined Yoenis Cespedes and Prince Fielder as a two-time champion last season, and will attempt to match Ken Griffey Jr.’s three Derby wins this year. Will batting practice pitcher Dave Jauss continue to impress as Alonso’s secret weapon? The 65-year-old former Mets bench coach was an internet sensation last summer when diagrams displayed Jauss’ robot-like consistency.

It’s been merely a year since Ronald Acuna Jr., the Atlanta Braves franchise cornerstone, suffered a torn ACL. Yet twelve months later, he will be featured as a starter in the All-Star game and participant in the Home Run Derby. Despite having fewer than 300 at-bats last season, Acuna Jr. accounted for 24 home runs. He has continued to deposit missiles into orbit this season, hitting eight home runs since his return from injury.

Who’s Hot, Who’s Not: Alonso has barely surpassed the “Mendoz Line” over the past month, hitting .228 during that time; however, he has managed to contribute 6 home runs. Acuna Jr. suffered a foot injury late last month that temporarily put him on the shelf. In the past month, he has only accounted for two home runs.

The Pick: Alonso. Tough to pick against the back-to-back champion and, Jauss, a human MaxBP who grooves every single pitch! In most competitions, Alonso vs. Acuna Jr. would be a match-up for the latter rounds. This year, Acuna Jr. is still working his way back from a very serious injury. A tip of the cap to him for his competitive nature, but Alonso is the logical pick.

The last time Schwarber competed in the derby, in 2018, he went toe-to-toe in the championship round with Bryce Harper. Harper eventually took the crown with a torrid finish, but it’s hard to imagine that Schwarber’s performance was a fluke. After all, Schwarber has the kind of size and power that is ideal for the Home Run Derby.

Ramirez was recently quoted as saying he wanted to win the competition “for his mom.” Indeed, that would be a lovely accomplishment for any ballplayer to dedicate to a loved one. That alone may not be enough to get it done. Ramirez could pull off the upset against Juan Soto in the first round, but he’ll be hard pressed to work his mojo twice in a row, especially in his first career Home Run Derby.

The Pick: Schwarber. If I had to choose between one of these guys to play on my ballclub, I’d take Ramirez. Unfortunately, for Ramirez, it's the Home Run Derby – power prevails.

Alonso should be well into his groove by the time the semi-finals have arrived on Monday night. After providing fireworks in round 1, the Mets’ slugger will continue to provide fans in the left field bleachers with plenty of souvenirs.

Seager doesn’t have the size or easy power of his counterpart, which may make it challenging to keep pace. But, don’t underestimate the power of home field advantage. Without a “dog in the race,” Dodgers fans will likely be pulling for Seager, who spent seven stellar seasons donning the Dodgers’ whites.

The Pick: Alonso. Sorry, Dodgers fans. Seager may be the sentimental favorite in this match-up, but Alonso is on a collision course with history.

This match-up seems destined to happen. A heavyweight matchup of epic proportions. Think “Tyson vs Holyfield,” minus any of that awkward biting. Two of the most imposing sluggers of this or any generation, going toe to toe just down the road from Hollywood. The question may not be if a ball is hit out of Dodger Stadium on Monday night, but rather how many? And how many Bentley’s will get dinged in the process?

The Pick: Schwarber. Although Schwarber is the No. 1 seed in the competition he is still the underdog against the two-time defending champion in Alonso. Regardless, I will take the underdog. For no other reason than Alonso has to lose eventually. If the two “Ruthian” figures meet in the finals at Dodger Stadium as I project, it will be an electric experience for the baseball world to behold. Although someone must be crowned champion at the end of the event, there won’t be a loser in this final match-up. Expect an all-time great competition and enjoy the 2022 Home Run Derby.

Said Coach Owen:“Despite Soto’s best efforts, Alonso wins the contest that seems perfectly attuned to his abilities. He knows how to go the distance in this event and has the savvy to keep enough in the tank for when it matters.”